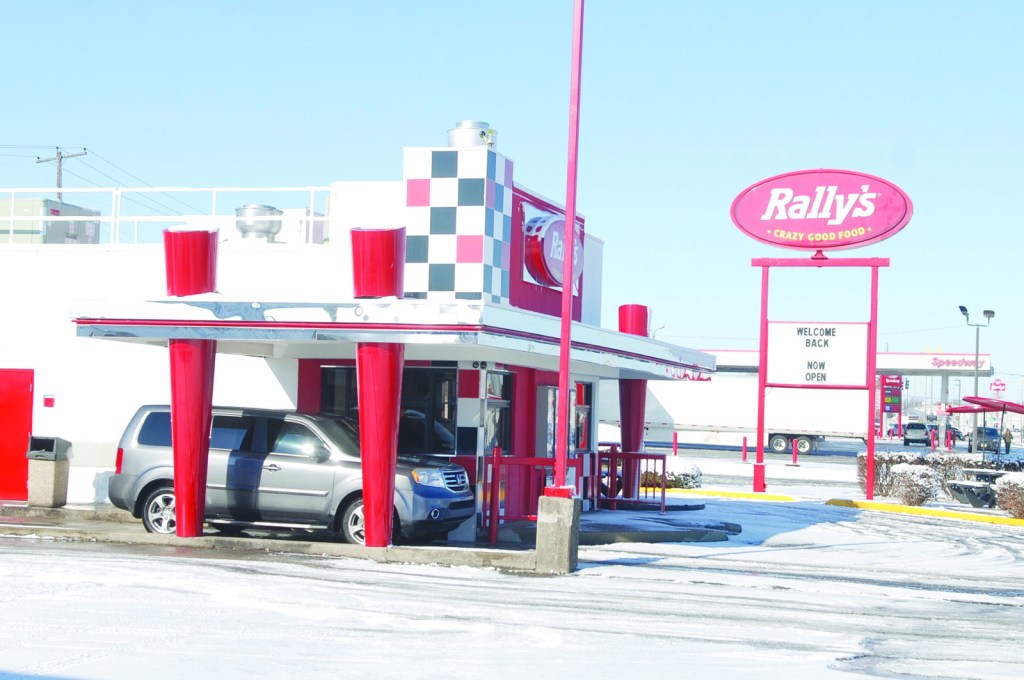 Rally's on West Lexington Avenue reopened this week, two and a half months after a kitchen fire as employees worked to open the restaurant Nov. 2, 2020. (Photo by Fred Petke)

Two and a half months after a kitchen fire, Rally’s on Lexington Avenue is back open for business again.

On the morning of Nov. 2, employees were preparing to open for the day when a fire broke out in the vent hood over the fryer. Firefighters extinguished the fire after the employees’ efforts with a fire extinguisher were unsuccessful. The fire ultimately spread into the attic, firefighters said

Darragh said the bulk of the damage was to the interior of the drive-through restaurant.

“Driving by, you hardly knew,” he said. “The damage was on the inside.”

Darragh said the repairs cost around $300,000, including new equipment.

Darragh and his partners have owned the Winchester location for more than 25 years, he said, along with five other Rally’s locations. The November fire was the first of that magnitude among the company’s locations, he said.

“We’ve had little hood fires that shut us down for a couple hours,” he said. “Fortunately, never anything like this.”

The Winchester location had an exterior renovation within the last two years, which factored in the decision to repair, rather than demolish the structure and rebuild, he said.

Darragh said about 90% of the employees returned to work after the fire as well.