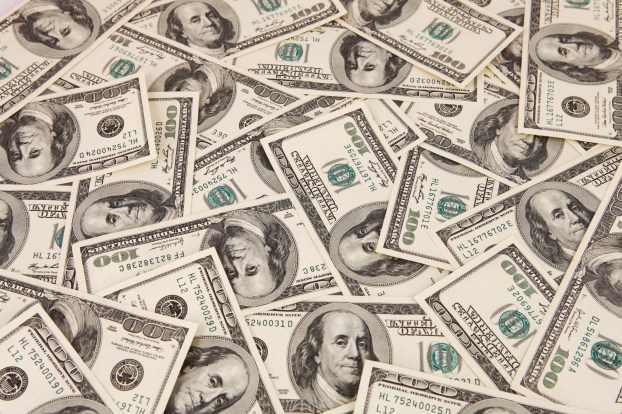 Schools may have to cut salaries

Even with federal coronavirus relief money in this year’s budget, the Clark County Board of Education may have to cut salaries in the fiscal year 2022 budget that begins July 1.

Ellis presented an overview of the draft budget during the school board’s Jan. 25 meeting and showed that there is a $660,284 difference between the expected recurring receipts and recurring expenditures, which are over $50 million.

“I have made as many cuts as I can absolutely cut to say that we can still sustain operations, and we’re still this much money” short of revenue, “so the only place that this $660,000 can come from is salaries,” Ellis said.

Salaries are one of the district’s major recurring expenses.

The finance director said “that’s a consideration we have to have” along with a discussion of how salaries relate to a decline in enrollment numbers discussed earlier during the meeting.

Board Member William Taulbee suggested that the board may discuss the budget further at its next meeting, which is scheduled for Tuesday, Feb. 16, at 6:30 p.m. at Central Office.

The meeting this Tuesday was online only because of COVID restrictions.

January is a difficult time to present a draft budget, Ellis said.

“There’s so much limited knowledge at this point to give you all, but we try our best with the limited pieces we have right now,” she said.

There is no way of knowing, for example, what the school district’s grant awards will be until April or even August.

School activity funds are budgeted as they are deposited into accounts, and construction money is only budgeted during the year the projects are initiated, so those funds are not included in the draft budget, she said.

This year’s revenue is cautiously based on a projected property tax assessment increase of 1.5 percent in assessment values.

“In the last four years that I have been putting the budget together, it has always gone up at least that much, if not more,” she said.

The budget assumes that for the second consecutive year, the district will not increase the property rate but leave it at the current rate of 63.7 cents per $100 ($6.37 per $1,000). Ellis said she didn’t even calculate other revenue options.

“I think that’s a good, conservative view at the moment, and it’s still early to decide that,” Taulbee agreed.

Ellis explained that SEEK money, the state’s main formula-determined allocation of funding to public schools, goes down in relation to any increase in the local property tax.

For the current year, the district had made its early budget projects based on its usual increase in the property tax rate, which affected SEEK funding, but the board, as a gesture to taxpayers who were hit hard by the coronavirus pandemic and its effects on jobs and the economy, decided to leave the tax rate as it was.

Ellis pointed out that the budget’s revenue figures show what appears to be a nearly $694,000 increase in SEEK funding, but it’s actually a $255,500 decrease overall. That decrease is offset by a $949,500 CARES Act grant which had to be used by the end of the calendar year and was given to cover SEEK money.

Ellis said it looks on paper like the budget has $15.7 million in SEEK funds.

Ellis explained that recurring receipts are “what we plan on bringing in every year, not counting what we roll over.”

“You never want to spend recurring dollars that you don’t have recurring revenues to support those. You don’t want to have a budget where you’re spending your beginning balance or your contingency,” she said.

If the beginning balance is taken away, she said, the district is sitting on about $50 million in revenue.

“Total  expenditures match the total revenues, but when you take off the contingency piece — our savings account — we’re at $50,681,000,” she said.

Ellis said the district has budgeted a contingency of 7.4 percent. Before the pandemic, there was a statutory requirement that the contingency, or reserve, had to be at least 2 percent of the budget, but that has been reduced this year to zero because so many districts needed that money.

“We’re fortunate that we’re not one of those districts,” she said.

Taulbee mentioned that the planned operations budget had gone from $1.2 million in 2017 to almost $2.2 million today.

“That’s almost a million dollars over a very short period,” he said.

Ellis said that increase is due to increased staff in maintenance, custodial and school resource officer (law enforcement) staff, and is one of the biggest expenses.

Since she became the schools’ finance director in 2017-2018, she said, the district has increased 16 staff members in those areas. And it has gone from having two to 10 school resource officers, and the increase in other staff has occurred in part because the school has more property to take care of, citing the large athletics complex at George Rogers Clark High School as an example.

RANDY PATRICK Sun Reporter Across the country, the story is the same in many places. The issue isn’t that there... read more