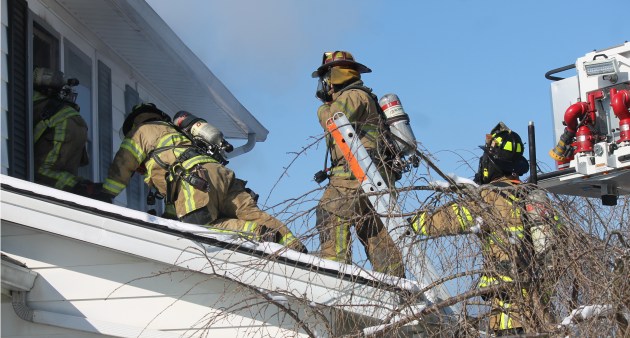 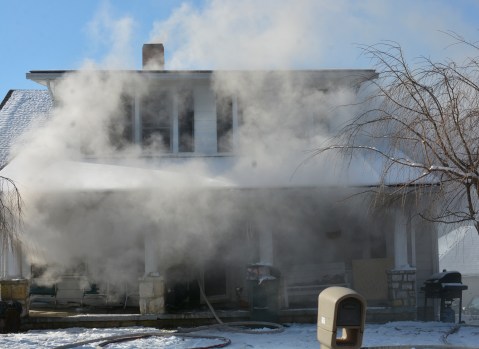 Winchester firefighters responded to a house fire at 426 E. Broadway Friday. A family was inside, but got out unhurt. 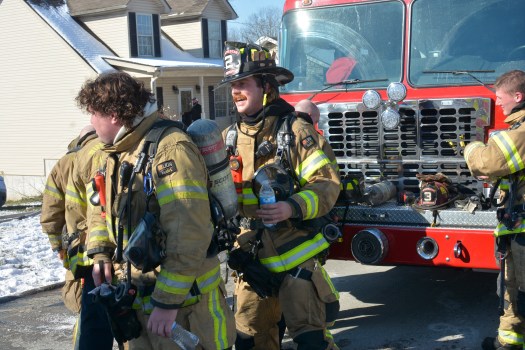 City firefighters respond to the fire on Broaday. 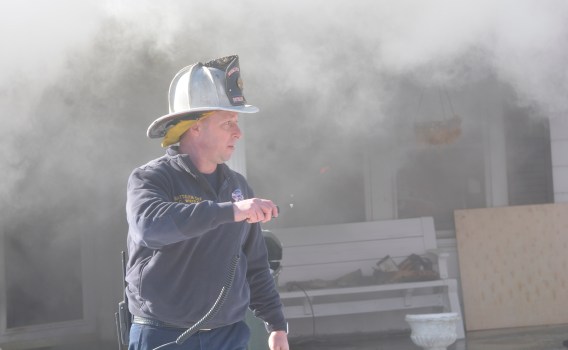 Battalion Chief Chris Whiteley was the commander on scene. 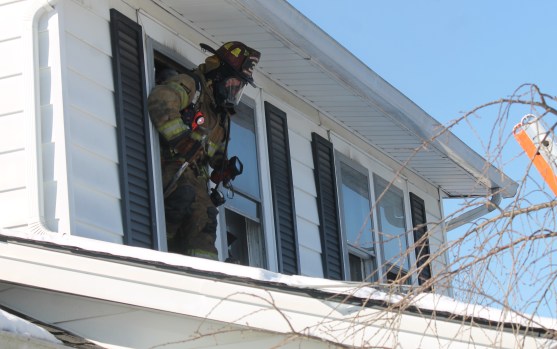 A firefighter emerges from an upper floor window.

A family of escaped from their home Friday morning after it caught fire.

“It came from the basement,” said Mark Spencer, who was standing outside watching firefighters working to try to save the home.

Spencer said the mother, Shelly, opened the basement door and was hit by black smoke and could see the fire.

“She just grabbed the kids and got them out,” he said.

The two-story house with a basement at 426 E. Broadway belongs to his son-in-law, Derrick Leigh.

Four adults and two children lived there, said Winchester Fire-EMS Chief Cathy Rigney, who was on the scene.

Firefighters got the call from dispatch at 10:28 a.m.

“When we got here, there was smoke and flames,” she said.

Battalion Chief Chris Whiteley, who was the commander on scene, said the fire originated in the basement and there were flames that came up through the walls on the first floor, but there was heat, smoke and water damage throughout the house. He said he thinks the house can be repaired.

Whitely was unsure of the cause of the fire, but said at 2 p.m. there was an investigator on the scene.

Firefighters cleared the scene about 1 p.m.

No one was injured, Rigney said.

Firefighters rescued a dog from the home.

“I’d like to help them try to find a place for tonight,” she said.

She said there was too much smoke for the family to try to stay in the home, and the utilities were turned off.