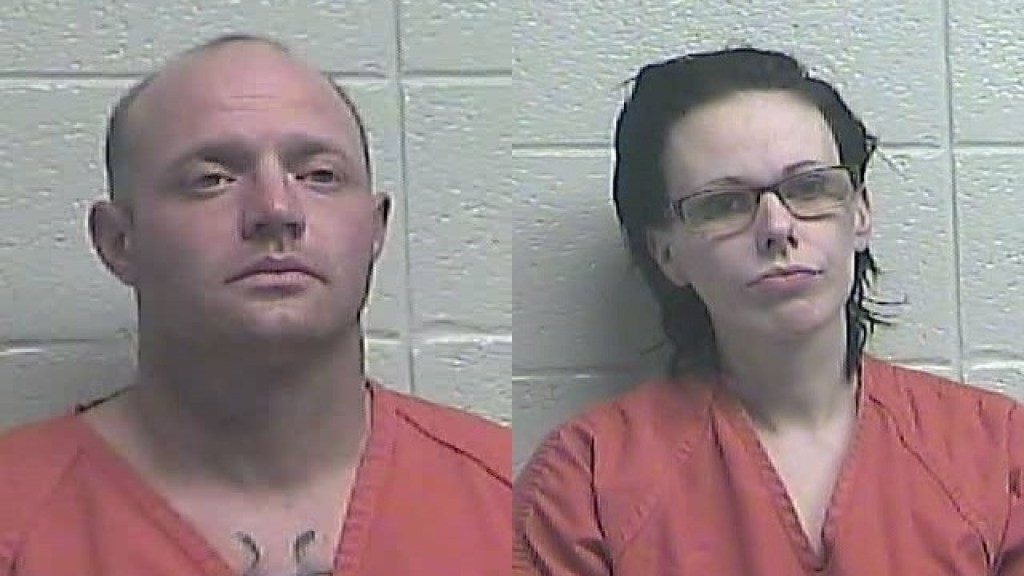 A Nicholasville couple, Clay Phillips and Tawna Miller, have been charged with abuse of a corpse and tampering with evidence after the found a man dead in their home and stuffed him in a trash can naked.

A Nicholasville couple have been arrested and jailed after city police found the naked body of a dead man in a “herbie curbie” inside their home at 216 Strawberry Lane Tuesday morning.

Clay Phillips and Tawna Miller have been charged with abuse of a corpse and tampering with evidence and were still lodged in the Jessamine County Detention Center Wednesday afternoon.

Sgt. Kevin Grimes, public information officer for the Nicholasville Police Department, said the deceased, who has not been identified by the Coroner’s Office, had asked if he could “crash on their couch,” according to the couple, and so they let him sleep there.

Later, they woke and found he had died during the night, so they brought the trash bin inside their home, unclothed him and left him in the living room.

As of Wednesday, both the police and coroner’s staff said the cause of death had not been determined.

“It doesn’t appear to be foul play, but we don’t know,” Grimes said. “We’re going to work it as a suspicious death.”

The body had been sent to the state medical examiner in Frankfort for an autopsy, and the Coroner’s Office said it might take 10 or 12 weeks to get the results back.

Police don’t think there was anyone else at the home.

Grimes said he had talked with detectives Wednesday, and the couple didn’t appear to have any serious criminal history.

“There was probably drug usage involved,” Grimes said, and drugs are checked on the citation as a possible circumstance.

The Coroner’s Office said Wednesday the dead man’s family had not yet been notified, so they could not release his name.