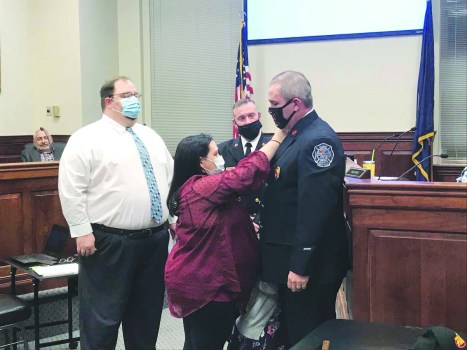 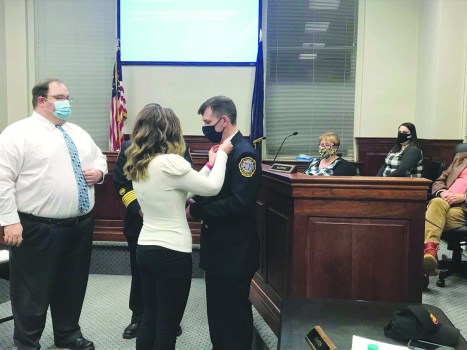 The Clark County Courthouse may be a couple of weeks away from having permanent heat again.

County Judge-Executive Chris Pace said Thursday he hoped the new boiler would be installed and online within two weeks.

In the meantime, the building continues to use a temporary, portable boiler parked outside the courthouse.

Officials realized the old boiler failed after the courthouse reopened after Christmas. At the time, Pace told the magistrates one of the boiler walls had ruptured. Replacement parts were not available, he said, and the boiler would have to be replaced.

The court approved an emergency order of up to $150,000 to replace the boiler. The emergency declaration allowed the Fiscal Court to skip the bid process.

Pace said Thursday he hoped the new boiler would be installed for less than $100,000.

The court also voted unanimously to declare the failed boiler as surplus property to allow for its disposal.

• discussed a situation where a former employee found an uncashed payroll check from 2009 and requested payment.

• promoted Robert Brock from lieutenant to captain in the Fire Department.

• hired Carson Kovalic as an administrative assistant for the County Attorney’s Office.

• approved the second reading of an ordinance to rezone property at 601 Flanagan Station Road from A-1 agricultural to B-3 highway business.

• postponed the second reading of an ordinance to codify the county ordinances until the March 10 meeting.