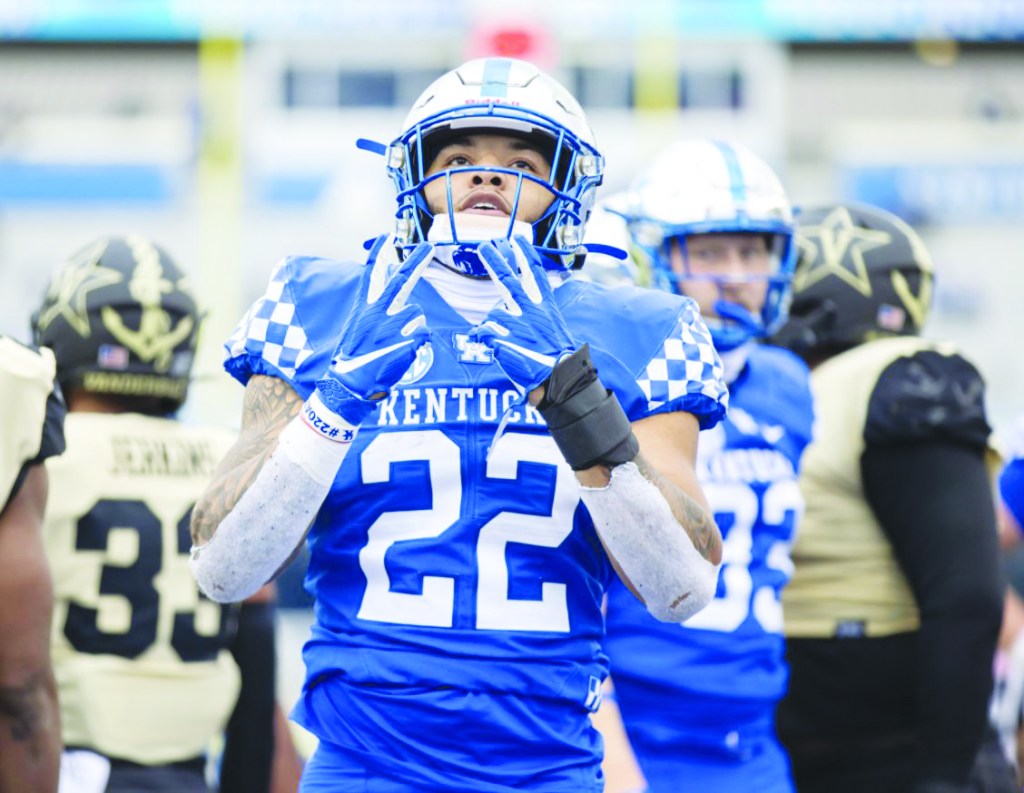 Kentucky is bringing in offensive coordinator Liam Coen to implement a pro-style offense like he was part of with the Los Angeles Rams. However it’s hard to imagine running back Chris Rodriguez not being the centerpiece of the offense.

Rodriguez led Kentucky with 785 yards rushing and 11 touchdowns on just 119 carries last season and no other SEC player with 50 or more attempts averaged more yards than his 6.6 yards per carry.

Pro Football Focus graded Rodriguez higher than any other returning college running back — and UK All-American tackle rated the highest of any returning lineman.

Bleacher Report’s preseason rankings of the returning running backs has  Rodriguez fifth overall and first in the SEC after he rushed for 480 yards and seven scores in UK’s last four games.

“With him, it is more like, ‘This is my show. I am the man now. I am the starter.’ He’s really excited about what we can do and he can do. I think Liam is going to find more ways to get him the ball and Chris knows he’s our guy going into the season,” Marrow said.

Basketball Cards off to 8-0 start