Cats cleared to return, contest at Missouri moved to Wednesday 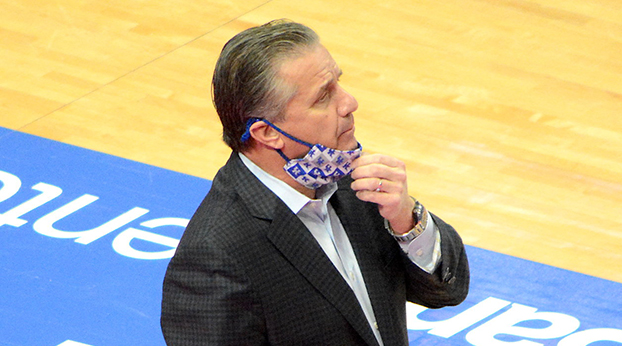 Kentucky will return to action following a 48-hour pause at Missouri on Wednesday night in Columbia. (Kentucky Today/Keith Taylor)

Kentucky will play at Missouri this week but at a different time.

The Wildcats and Tigers were scheduled to play Tuesday night at 9, but the contest has been moved to 7 p.m. Wednesday night and will be televised on ESPN2.

The schedule was adjusted after the Wildcats were on pause this weekend after a combination of positive testing, contact tracing, and subsequent quarantining of individuals within the program. Kentucky’s game against sixth-ranked Texas on Saturday in the annual SEC/Big 12 Challenge, was canceled because of a break in the action.

Overall, Kentucky is 13-1 against the Tigers and own a 4-1 record in games played in Columbia. The Wildcats have won three in a row in the series between the two conference rivals.

The Tigers dropped six spots in the latest Associated Press Top-25 poll from 12th to No. 18 in the rankings released Monday.

Tennessee moved up seven spots to No. 11 following its win over Kansas and Alabama fell one spot to No. 10. Florida is ranked No. 22 and is one of four SEC schools currently ranked in the poll.