Let the children learn at school 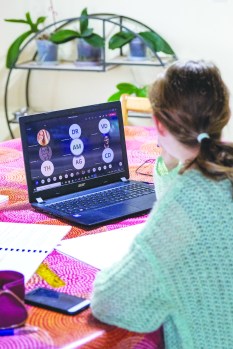 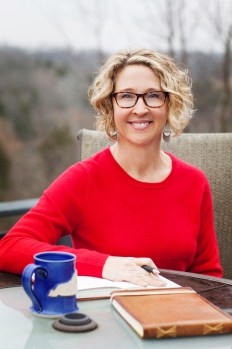 BaHee and Gloria were best friends. These two gibbons shared a habitat at the Roger Williams Zoo in Rhode Island. When Gloria started exhibiting Parkinson-like symptoms, she had to be euthanized. Bahee, once a zoo favorite (his claim to fame was giving visitors a crazy grin and a “jail high five” through the enclosure’s windows), became withdrawn, baring his teeth at visitors and alternately pacing or simply lying apathetically on the ground.

Zoochosis, or psychological distress in animals in captivity, is all-too common. When animals, especially those who congregate in packs or tribes in the wild, are isolated, what we see is manic fur licking, pacing, biting, and self-mutilation. Polar bears will swim endless figure-eights. Gorillas will chew their feet. Eagles will compulsively pluck their own feathers.

I’m watching my daughter’s leg and thinking about Bahee. Since being forced into captivity last March, my teenage daughter, already painfully shy, has withdrawn into herself even more. She doesn’t want to discuss the paralyzing anxiety that has become her constant bedfellow, but her psychogenic tremor gives it away. Before quarantine, her leg would shake only before a big test or when she was about to deliver a cross in her mock trial group.

When she is overly stressed, her brain interprets her anxiousness as a fight-or-flight signal. So she unknowingly prepares to escape from danger by priming her muscles to run, which leads to a trembling or twitching leg.

If you met my daughter today, you would probably notice a couple of things. You would notice that she is unfailingly polite and incredibly shy. You would also probably wonder what was wrong with her leg. Because it hasn’t stopped trembling since last summer.

She’s certainly not alone in feeling stressed. According to the Centers for Disease Control and Prevention, from March to October of 2020, the proportion of emergency room visits related to mental health rose dramatically for school-aged children and teenagers (compared to the same time period for 2019).

Suicide ideation in youngsters is up all over the country. In Forth Worth, Texas, 37 students were admitted to the hospital following suicide attempts last September, the highest total of any month since suicide tracking began there. A surge of 18 suicides in the last nine months forced a school district in Clark County, Nevada, to return to in-person school. That terrifying number reflects only the actual deaths, and not the suicide attempts.

It’s the same story everywhere. My friend who works at the University of Kentucky Children’s Hospital told me that she recently saw a 9-year-old on a suicide hold. Take a beat and let that sink in. A local 9-year-old was so depressed she ingested toxic chemicals so that she might fall asleep and never awaken.

I was an early supporter of remote learning. As a former educator, I empathized with the fears of teaching staff. Some staff members live with their own aging parents. Many are in the over-60 age demographic or have underlying medical conditions that would make covid a truly life-threatening disease.

I watched my own daughter grow more anxious every day, but leaned into the idea that she is resilient. That I would give her the tools to manage her anxiety. That she was lucky because she had the security of three meals a day, a safe and supportive family life, and reliable WiFi. I believed that home was the safest place for her.

I no longer believe that, and neither does the CDC. Just like Bahee, our children require socialization to be healthy and happy. Last week, the CDC stated that schools were the safest place for our children. CDC Director Dr. Robert Redfield said, “There’s extensive data that we’ve gathered over the last two to three months to confirm that K-12 schools can operate with face-to-face learning and they can do it safely and they can do it responsibly.” He hinted that current data shows coronavirus cases attributed to exposure in schools have been low.

It’s past time for all of our children to be back in the school building. Student athletes have been allowed to play. Staff have had an opportunity to get at least the first vaccination shot. State-wide cases for COVID are down. And our school district has had almost a year to develop a workable hybrid policy to keep students and staff safe.