Some things that make me wonder 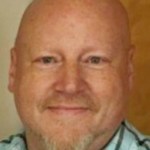 Recently, I decided that it was time to run some errands and to take care of some issues that I had been putting off for a while. One of those things was to stop by the bank to deposit some checks that had been laying around since Christmas.

When I arrived at the bank, I was met with a locked door which sent panic through my mind. Yes, for a split second I envisioned myself unable to purchase any pickle bologna and crackers which would lead to my eventual starvation.

Thankfully, I merely forgot that our world is still on lockdown and that the bank was still open. I would merely have to go through the drive-thru lane in order to take care of my business.

As I pulled up to the drive-thru kiosk, I put my checks in the little plastic tube and watched it sail away as I wondered how in the world that contraption actually worked. As I sat in my vehicle listening to the greatest hits of Lynryd Skynyrd, I noticed that the drive-thru had three sets of instructions. One was in English, one was in Spanish and the third was in Braille. I have to wonder how often a blind person finds themselves in the drive-thru. While I often swear the people in the cars around me drive like they are blind, I didn’t think they actually were.

As I drove around town finishing my errands, I began to think about other things that baffle my brain. For example, why is it that I can sit at home all day and my phone is so silent that I have to check it a few times to make sure it’s still working.

However, the moment I start to cook and have chicken juice all over my hands, I turn into the most popular person in town and the phone starts to ring, and text messages start to ding.

One thing I have always wondered is how that one fly finds his way inside my bedroom while I am trying to sleep. That fly has the entire free world to roam and yet he makes it his life’s mission to torture me and land on my nose and keep me awake. I try to shoo him away and let bygones be bygones but when the fly refuses, I turn into the Terminator and make it my life’s goal to snuff him out at all cost.

As I wrapped up my errands for the day, the last stop was the grocery store. I found myself still wondering about the weird things that exist in our world. For example, pizza is a geometry wonder. It’s round yet is sold in a square box and when we slice it we cut it into triangles. What makes it stranger is that this is the only food that I know of that we eat starting from the inside to the outside.

As I continued around the store and arrived in the dairy section, I realize that the cows really have the market cornered on the milk industry. Why do we only drink cow’s milk? After all, every mammal on the planet produces milk for their young. I don’t have the answers to these questions but I think I’ll get me some Oreos and some cow’s milk and think about it.