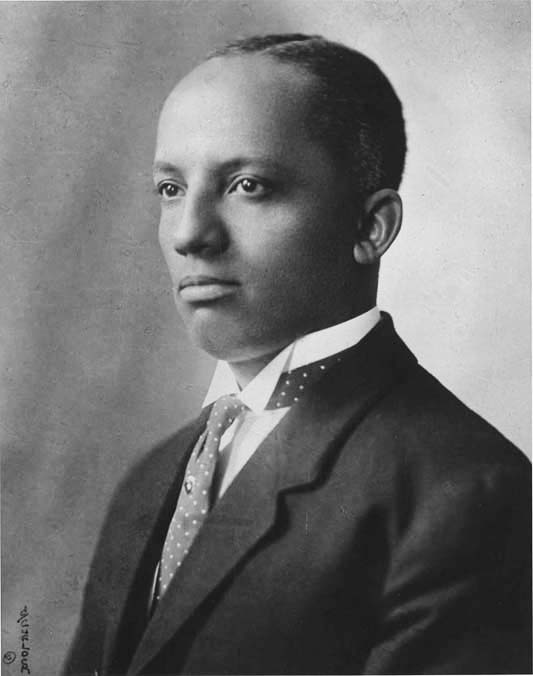 Everyone knows February is Black History Month, but not many know why.

The answer to that question revolves around the work of Black American Historian, Carter G. Woodson.  Woodson, who taught himself the fundamentals of public-school education while working as a coal miner, graduated from Berea College with a Bachelor of Literature degree in 1903. While attending Berea College, Woodson taught at a West Virginia school for the children of black coal miners.

He continued his education at the University of Chicago earning two bachelor’s degrees as well as a Master’s in European History. After the University of Chicago, he studied at the Sorbonne in Paris and at Harvard University, where he earned a Ph.D. in history in 1912. Woodson was the second African American to earn a Ph.D. from Harvard.  Dr. W. E. B. DuBois was first in 1907.

Carter G. Woodson pioneered the field of African American studies.  In 1915, after he attended a three-week national celebration of the 50th anniversary of emancipation, he helped found the Association for the Study of Negro Life and History (ASNLH).  The ASNLH encouraged scholars to study Black History, a subject which had been sorely neglected in academia and public schools.

February was chosen by the ASNLH because it is the birth of both U.S. President Abraham Lincoln (born February 12), and African American abolitionist, author, and orator Frederick Douglass (born February 14). By 1926, there was a tradition of Black communities celebrating Douglass and Lincoln’s contributions to African American liberation and civil rights. By choosing February to celebrate Black History, Woodson honored Lincoln and Douglass, enhanced established celebrations, and created a way to celebrate not only historic figures but also achievements of all Black people.

There is a bibliography of select Black History titles on the Library’s homepage, but it does not nearly cover the range of books and materials in the Library concerning Black history, biography, and art.

The Library has a large African American collection and I encourage everyone to visit the Library’s catalog to search for books, audio-books, and DVD’s in both the physical and online libraries .  As always, if you need help finding materials or would like a librarian to get materials, please call the Library at 859-744-5661, or email me, john.clarkbooks@gmail.com.

During February, there will be a daily Black History Month post on the Library’s Facebook page, www.facebook.com/clarkbooks.

The Library sends special thanks and appreciation this month to four good friends who are also founding members of The Winchester Black History and Heritage Committee: Joyce Morton, James “Pee-Wee” Robinson, Anna Marie Mason, and Brenda Smith.  Thanks for all your help with programs and displays, conversations and friendship over the years.  Take good care of yourselves.

Black History can teach us all about fortitude and resolve.  Qualities needed more than ever to finally stop this pandemic over the next few months.

Take care of yourself, your family, your friends and neighbors.  Get the vaccine, wear a mask, social distance, wash your hands.