Another late collapse leaves Calipari at a loss for words 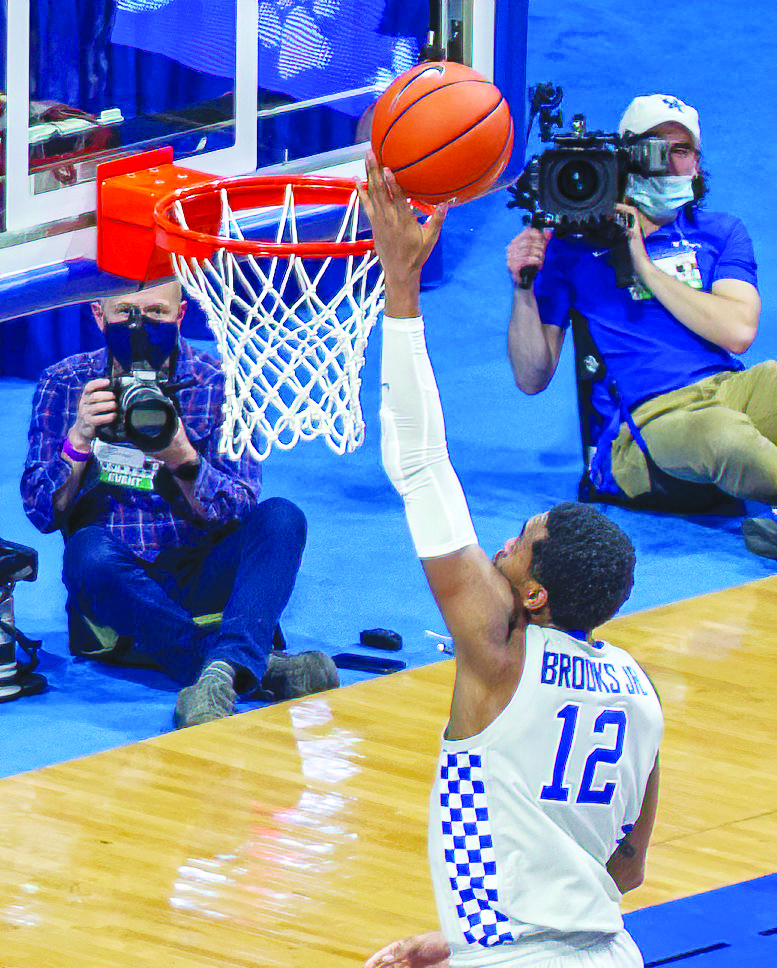 Keion Brooks led Kentucky with 23 points in a loss to Tennessee. - Photo by Tammie Brown/Kentucky Today

Kentucky collapsed yet again and this time John Calipari was at a loss to words this time following an 82-71 loss to No. 11 Tennessee Saturday night.

“I was at a loss for words,” Calipari said after the Wildcats dropped their third straight game. “…disappointing (and) I don’t know what to tell you at this point. We’re playing good enough to win and then we hit a stretch where we don’t score a basket.”

Much like the team’s previous 12 setbacks, mistakes triggered the team’s downfall. Kentucky had just two turnovers and led 42-34 at the break, but committed 11 in the second half that aided Tennessee’s successful rally.

Kentucky got a solid performance from Keion Brooks, who scored a game-high 23 points and 11 rebounds. Both were career highs for the sophomore forward.

“I thought he was great today,” Calipari said. “Not only did he score, but he rebounded. He was above the rim. … We just went right at him and told him to create. The only thing that happened late is, they crowded him and he threw it out and he was begging guys to shoot balls.

“… it was one of those nights we needed to have one guy make some shots on the perimeter because of how they played and we just didn’t hit any of them.”

Although Brooks carried the Wildcats in the first 32 minutes but scored just two points — free throws — down the stretch. Prior to the final stretch, Brooks knew he had to step up for the Wildcats to have a chance to win.

“I understood this game was going to be won down in the trenches and a game where we would really have to fight (to win),” he said. “My teammates did a great job getting me the ball and I just got to my spots and made shots.”

While Kentucky was hesitant to fire up shots, Tennessee didn’t let up once it grabbed the lead following the initial 12-0 run that allowed the Volunteers to regain the momentum.

Overall, the Volunteers outscored the Wildcats 34-13 in the last 12 minutes and relied on its guards to carry the load.

Tennessee freshman duo of Keon Johnson and Jaden Springer combined and scored 50 points for the Volunteers. Johnson played a big role in Tennessee’s second-half comeback and scored 17 points. Johnson led all scorers with 27 points and Springer followed with 23.

The two guards picked up the slack for Vols center John Fulkerson, who went scoreless and played just 10 minutes because of foul trouble. Fulkerson scored 27 points in a win over the Wildcats last season in Lexington.

“Fulkerson killed us last year and we do a pretty good job (this year),” Calipari said.

Although disappointed following yet another letdown, Calipari is “trying to stay positive.”

“I’m trying to hold them accountable and I’m still trying to continue to teach,” he said. “I’m never going to stop and quit on this team. I’m giving everything I have, but at the end of the day, they have to get on the court and perform.”