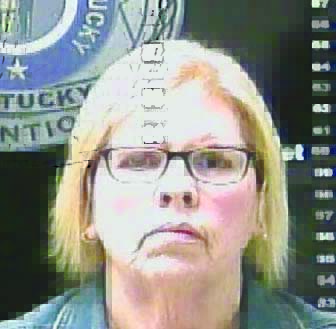 A Winchester woman was arrested this week after allegedly forging 17 checks on her mother’s account.

Donna Marie Roe, 62, was arrested Thursday by Winchester Police for knowingly abusing or neglecting an adult and second-degree forgery, according to the Clark County Detention Center. Both charges are felonies.

Winchester Police Capt. James Hall said detectives were notified by another family member after they discovered irregularities in the victim’s bank account.

“We received information she’d taken several checks from her mother and forged them,” Hall said. “She wasn’t supposed to have access to them.”

In all, Hall said the allegations involve 17 checks and nearly $2,000. The thefts are believed to have happened this year.

Hall said Roe spoke with detectives and admitted to committing the theft.

Roe, he said, was not power of attorney for her mother.

Hall said the allegations qualify as exploitation of an adult, which is included in the statute. There was no evidence of any physical injury or abuse, he said.

Roe was lodged in the detention center following her arrest. The jail did not list a bond for Roe.