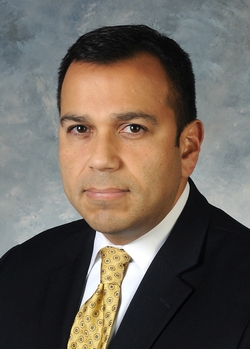 The 2021 Session of the General Assembly marks my seventh session since being elected to office.

For some reason, the length of the days seem to be longer and the pace feels a bit quicker this year. Perhaps it is because I became accustomed to a slower pace in 2020 from COVID-19, or perhaps because there is a bit more urgency to rein in an executive branch that has overstepped its bounds.

Either way, after the General Assembly’s constitutionally required recess during a 30-day session, lawmakers returned to Frankfort Feb. 2 to begin the second half of the 2021 Session.

During the recess period, the governor vetoed six priority bills that the legislature sent him. I outlined those bills in my previous legislative update. They included Senate Bills (SB) 1 and 2, and House Bills (HB) 1, 2, 3, and 5. Please see my previous legislative update for details on each of these bills, or find them online at legislature.ky.gov. Many of these vetoes came as no surprise. However, I am grateful to say that SB 9, the Born-Alive Infant Protection Act, became enacted law without the governor’s signature.

Fellow lawmakers and I wasted no time upon returning to Frankfort. The House and Senate overrode each of the vetoes mentioned above. All of these bills had an emergency clause, which means they became immediate law upon the General Assembly’s override of the veto. The governor has filed litigation challenging HB 1 and SBs 1 and 2. As of the drafting of this legislative update, Judge Phillip Shepherd of the Franklin Circuit Court has unfortunately issued a temporary injunction on HB 1, enjoining it for 30 days. The governor’s challenges to these bills are almost certain to end up before the Supreme Court of Kentucky.

A recent publication of the National Conference of State Legislatures examined each state’s legislative oversight during a state of emergency. Kentucky was among very few states with no relevant provisions in statutes. The bills mentioned above bring Kentucky statutes in line with other states that already place reasonable legislative oversight on executive actions during times such as these. The governor’s insistence that the legislature is stripping him of power is not only incorrect, but it also suggests a lack of awareness of the fact that his administration yields excessive executive authority compared to most other states.

It is essential to keep in mind that these bills seek to establish a more deliberate and constructive conversation between the representative branch of government, the legislature, and the executive branch. For almost a year now, the governor has determined that he alone knows what is best for Kentucky. Executive orders have been arbitrary and inconsistent throughout.

With proper communication, legislators could provide the administration insight from business owners, parents, students, teachers, medical professionals and others who have communicated their concerns and ideas to us, many who say they feel ignored by him. Communication has not been possible, despite our best efforts. Our attempts have proved unwelcome, as he has often taken indirect shots from the podium when we dare voice our frustrations.

Quite simply, the General Assembly is the branch of government that makes law. Members of the legislative body are the representatives closest to communities. We are a diverse body consisting of people from various professions, including medical, law enforcement, legal, small business, education, farming, and so much more. We have a wealth of knowledge and insight to offer if we are meaningfully engaged. Part of the reason for that is because legislators have engaged with constituents. The General Assembly passed HB 1 and SBs 1 and 2 because it was the people’s will. I would encourage the governor to do less lecturing and more conversing. Instead of doing end runs to avoid representatives’ input on life-altering decisions, honor the law passed by duly elected legislative body members. These bills do not remove executive authority during a state of emergency. They merely better define it and ensure that the citizens of the Commonwealth have a voice.

The people of Kentucky sent a resounding message this past November when they expanded the already existing supermajorities in the General Assembly. They expected the legislature to take action. That is precisely what we did and will continue to do.

In the Senate this past week, we moved several bills over to the House for consideration. They includ:

SB 8 Senate priority legislation that provides exemptions to mandatory immunization requirements during an epidemic based on religious grounds or conscientiously held beliefs. If enacted into law, it would require the Cabinet for Health and Family Services to develop and make available on its website a standardized form relating to exemptions from immunization requirements.

SB 21 allows originating hospitals to voluntarily transport mental health patients to a different hospital or facility upon staff authorization and a patient’s signed written agreement. It would prevent an adult or child patient who has agreed to be voluntarily transported from being released during the transport to a receiving facility. The bill would also establish that a qualified mutual health professional may provide outpatient counseling to any child who is age 16 or older.

SB 38 requires the Cabinet for Health and Family Services (CHFS) to implement regulations requiring health facilities to use a smoke evacuation system during any surgical procedure that is likely to produce surgical smoke.  It defines “surgical smoke” to mean the by-product resulting from tissue contact by an energy generating device. The bill’s primary intent is to protect operating room nurses and other personnel along with patients from the hazards of surgical smoke.

SB 61 establishes training standards for the staff of personal services agencies and home health agencies that serve patients with Alzheimer’s disease and other forms of dementia. If enacted into law, the bill would improve the care provided to these patients. The hope is that it would also address retention of direct-care staff by better preparing them for job duties—resulting in less stress and dissatisfaction.

Several bills that I care greatly about and am sponsoring were brought before the Senate Health and Welfare Committee last Wednesday. They include SB 12, which looks to preserve the nonprofit nature in eye tissue donation. SB 16 updates Kentucky colon cancer screening statutes and changes the title of the colon cancer screening program to include an emphasis on prevention. This program is deserving of recognition. Since its inception, Kentucky has moved from approximately 49th to 17th in cancer screening detections. SB 74 would rename the current Office on Alzheimer’s Disease and Related Disorders to the Office of Dementia Services to be more inclusive of these types of disorders. It would better coordinate fragmented dementia-related services within CHFS and open up potential access to federal funding that would yield cost savings on the back end. The Commonwealth of Virginia took this effort and was able to secure $5 million in federal funding. I am hopeful that the cabinet can reserve funding for this position from its already allotted funds to improve care for dementia patients.

I have introduced SB 151, which was in response to a ruling from Kentucky’s appellate court that establishes a new precedent concerning citizens elected to local office. The ruling created a potential new loophole in the law that, by my analysis, appears to create a conflict of interest for individuals employed by county or city government who are then elected to a public office in county or city government. The possibilities for conflict are too extensive to list in this update.

I discussed the issue with legislators on the Senate Judiciary Committee, who agree that there appears to be a potential conflict from the ruling.  The bill’s language that has been filed would require that a person could not serve in both capacities. However, we are also contemplating changing the bill to require local officials to abide by the same standards of recusal that state officials must observe.  If a conflict of interest arose, it would require the official to recuse themselves from that vote or face removal from office. Either way, the proposed language would not affect anyone who currently holds office and is an attempt to correct a consequence of a judicial ruling, an increasingly common problem.  During my tenure in office, I have had several opportunities to propose and pass legislation that has corrected or clarified similar situations in the law.

In closing, there is still much work to be done in the 2021 Session. Efforts continue on the state budget as members of the conference committee deliberate an agreed-upon bill. I will keep you updated and informed in the weeks ahead through these legislative updates. I want to thank media outlets throughout the 28th District who works hard to keep communities aware of important stories here in the Commonwealth.  It is a great honor to serve you in Frankfort.

Please feel free to call me about these issues or any other public policy issue toll-free at 1-800-372-7181 or email me at Ralph.Alvarado@LRC.ky.gov. 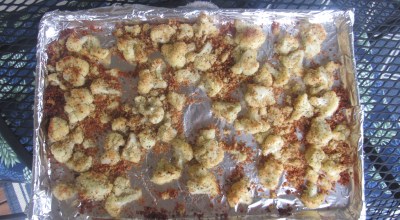 Impeachment means laws apply to all