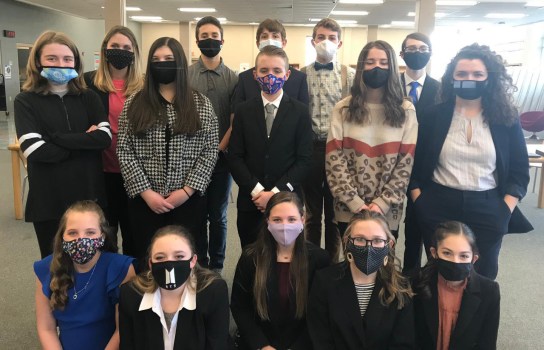 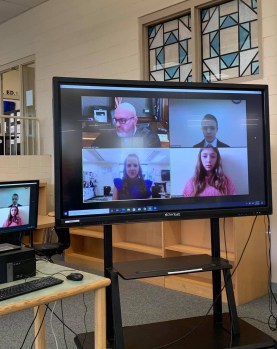 Because of COVID-19, this year's state mock trial competition was all online. 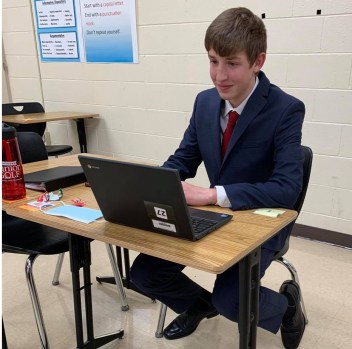 Robert D. Campbell Junior High School’s mock trial team made it to the state finals again this year, coming in second to a team from a Shelby County last weekend.

RDC Principal Dustin Howard said this is the third time in four years the Clark and Shelby County teams have faced off in the Kentucky Middle School Mock Trial Competition.

The local team, which was started four years ago, won the title its first year, in 2018 and placed second in 2019. The competition was canceled in 2020 because of COVID, and this year, Campbell again placed.

The local school beat two other teams in the final four, one from Louisville and the other from Western Kentucky, to reach the final contest on Friday.

“This is a huge accomplishment,” Howard said. “The kids worked hard all year.”

Because of the coronavirus pandemic, this year’s competition was virtual. But this year’s eighth-graders last year got to visit the courthouse in Winchester, where District Judge Earl Ray Neal talked to them about the judicial process and they had an opportunity to practice in a real courtroom setting.

The Clark County team was coached by Amber Murphy and Lexi Harris, both RDC teachers, and Logan Murphy.

“We’re very proud of our kids and our coaches and the community support with the local court system really stepping up and helping us out,” the principal said.