School board does nothing, adjourns 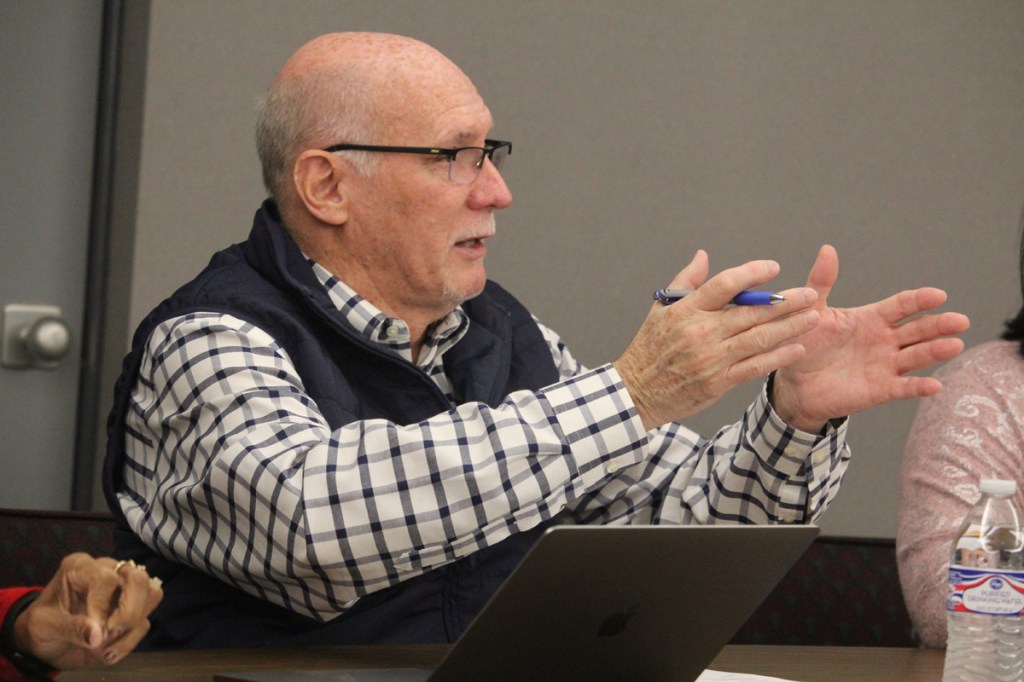 The only thing a majority of the Clark County school board could agree to do Tuesday night was to adjourn.

The board was supposed to have heard Superintendent Paul Christy’s plan for students and teachers to return to school, and then they were to have gone into closed session to discuss renewing his contract, but it didn’t happen.

After a moment of silence and recitation of the Pledge of Allegiance, Board Member William Taulbee made a motion, which was seconded by Chair Ashley Ritchie, to table the fourth item on the agenda, which was to have been the superintendent’s evaluation. That failed 2-3, with Megan Hendricks, Brenda Considine and Sherry Richardson voting not to table it.

Then Taulbee and Ritchie moved to review and adopt the agenda, but the same three — Richardson, Hendricks and Considine — voted against doing so, and that failed.

Without an agenda, the board couldn’t meet to discuss the third item, returning to school, so a motion was made to adjourn, and it passed 3-2, with Considine, Richardson and Hendricks voting to adjourn and Taulbee and Ritchie voting against it.

After the meeting, Ritchie responded in a text message that she had “no idea” what had happened.

“They wouldn’t approve the agenda,” she said.

Christy said in a phone conversation right after the meeting that he was trying to figure it out as well.

He had his plan for returning to in-person learning and would release it to the public by the next day, he said.

The plan was published on the district’s website and social media sites around noon Wednesday. It announces that students will return to their classrooms on Feb. 16 according to the A-B hybrid schedule implemented in the fall.

As for why the board didn’t discuss his evaluation, he explained that there was an issue with the required advertising, and that discussion would be rescheduled.