2,000 in Clark County without power 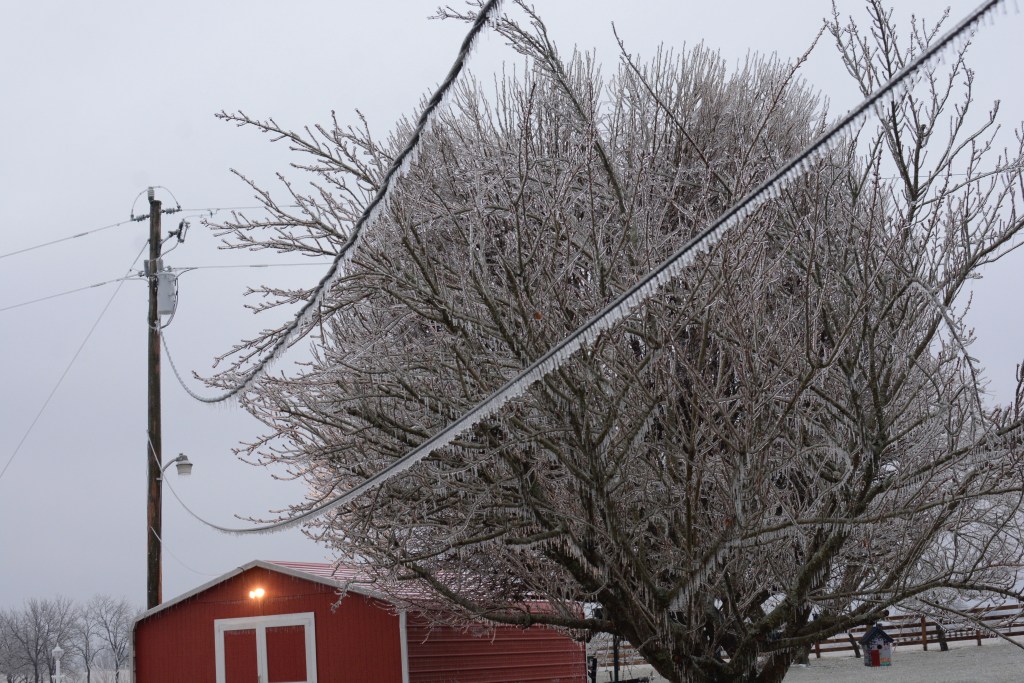 Ice covered utility and telephone lines throughout the Bluegrass Wednesday night and Thursday.

Nick Comer, a spokesman for Touchstone Energy cooperatives, said that around noon Thursday, about 10,000 Clark Energy customers in several Central and Eastern Kentucky counties were still without power.

“It’s pretty widespread,” Comer said, mentioning outages in Clark, Montgomery and Madison counties, although it seemed that Clark County got the brunt of it.

Help was on the way, he said, with electric cooperatives in Southern states sending crew members to help Clark Energy restore service in Clark and 10 other counties.

“By tonight, we’re expected to have 100 workers on the ground,” he said.

Comer said the linemen were making some progress restoring service Wednesday, but until there is a thaw, the heavy icing is going to continue to drop trees and branches on power lines, causing more outages.

When he was speaking by phone around 2 p.m. Thursday, the temperature was in the upper 20s, and there was no sunshine.

The forecast is for cloudy skies and snow nearly every day through Friday of next week.

According to Clark Energy’s outage map, at 2:30 p.m. Thursday, there were 1,963 in Clark County without power and 9,287 in the co-op’s entire service area, which includes Bath, Bourbon, Clark, Estill, Fayette, Madison, Menifee, Montgomery, Morgan, Powell and Rowan counties. Only 347 had been restored.

The outage map for Kentucky Utilities, which also serves Winchester and Clark County, showed several outages around 2:50 p.m. Thursday, mostly around town and along Ky. 627, with about 110-112 customers affected.

On Thursday, Gov. Andy Beshear declared a state of emergency because of the ice storm, which directs the Kentucky Division of Emergency Management and the Department of Military Affairs to execute an emergency operations plan and coordinate the response across state agencies and private relief groups.

As of 10 a.m. Thursday, Kentucky Emergency Management was aware of about 70,500 Kentucky customers with power outages across the state.