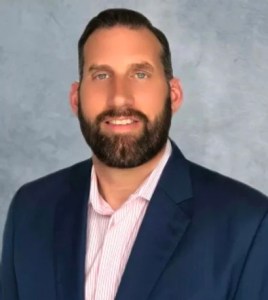 Former Kentucky Wildcat standout Scott Padgett may be working 1,300 miles away from his hometown of Louisville, but he is thankful he still has something that he loves to do and that’s coaching basketball.

Padgett began working in Albuquerque in the picturesque state of New Mexico last summer where he is the assistant coach for the University of New Mexico. After six years at Samford University in Birmingham, Ala., where he was the head coach, compiling an overall record of 84-115, including the team’s first 20-win campaign in over a decade, he joined Lobos’ Paul Weir’s coaching staff which also includes former EKU head coach and UK student manager, Dan McHale.

“After being let go at Samford, I had a few opportunities but I felt New Mexico was a really good place to continue my journey as a coach,” Padgett wrote in an email with this columnist. “My connection with Dan was also a factor. We have been friends and stayed in contact since our days at UK.”

Going into this week’s action, New Mexico is really struggling with an overall mark of 5-11 (1-11 in Mountain West) as the Lobos have replaced the top four scorers and rebounders from last season’s 19-14 squad with one starter returning. They are also dealing with players’ opt-outs due to pandemic.

So far, the Lobos also have not been able to play their home games at The Pit due to COVID-19 restrictions. New Mexico has stayed in motels most of the time since November and finding a place to practice hasn’t been easy, either. The team is playing most of their “home” games in other nearby states.

Despite the squad’s struggles, Padgett is very pleased to have his son on the roster for the second straight year, including last winter at Samford where the younger Padgett started eight games. A 6-7 sophomore forward, Logan Padgett is a walk-on for the Lobos and has played six games for a total of 36 minutes this season.

“Being a coach you miss out on a lot of things that your kids are involved in. You try to be at everything but schedules don’t always allow for it,” said Padgett. “Getting to coach Logan the last two years has been awesome. I feel like our relationship is the best it’s ever been and I enjoy getting to spend a lot more time with him.”

Before his son joined Samford’s basketball program in 2019, Padgett even checked with High Point University coach Tubby Smith, who was his mentor at Kentucky, about handling a father-son relationship as the program’s head coach. As you may know, Tubby Smith once coached his son, Saul Smith, who played guard at UK.

Padgett added, “I talked with Tubby about it and my wife (Cynthia who is a former volleyball standout at UK) actually spoke with Coach’s wife Donna about what it was like from her viewpoint.”

The couple has two other children, Lucas and Layla. And one of them is heading toward his parents’ alma mater to play football. A 6-4, 285-pound offensive lineman in the prep ranks, Lucas announced on Monday night on Twitter that he has committed to play at Kentucky. As a junior, Lucas was named to the second-team All-State squad in Alabama’s Class 6A in December of 2019 before eventually transferring to New Mexico to be with his family. In addition, he was selected to play last month’s Blue-Grey All-American Bowl in Dallas. Layla, meanwhile, plays volleyball.

As you may remember, Scott Padgett returned to Kentucky in 2009 after a solid eight-year NBA career. It was at UK where he was the 1999 SEC Tournament MVP and helped the Wildcats win the 1998 national championship. Padgett, who was also a Wooden All-American and a two-time All-SEC performer, joined new coach John Calipari’s first staff at Kentucky, serving as assistant strength coach.

“My favorite memory from my time at UK working with Cal was literally every day at practice, learning how to coach. Learning new things from Cal and (assistant) John Robic,” recalled Padgett. “I had been under some great coaches (which also include Rick Pitino at Kentucky) as a player and Cal brought a new view on how to do things.

“I try and learn as much as I can about the game from every coach I cross paths with. The thing I learned most from him (Calipari) was how important the relationship between head coach and his players is in this era of basketball. Those guys knew Cal was tough but he had great relationships with them and they loved playing for him.”

While Padgett may not be coaching in Kentucky, he will always be a faithful Wildcat.

Jamie H. Vaught, a longtime sports columnist in Kentucky, is the author of five books about UK basketball, including recently-published “Chasing the Cats: A Kentucky Basketball Journey.”