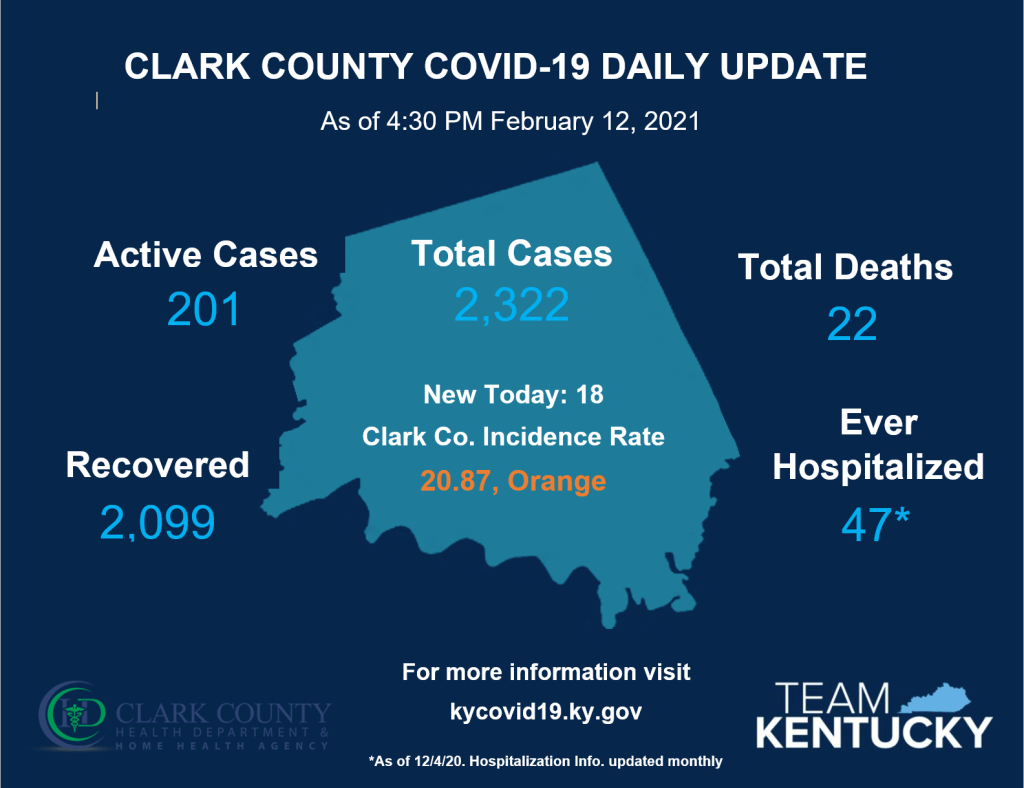 The Clark County Health Department has reported three more deaths for which COVID has been identified as a contributing factor.

“It is with a heavy heart” that she had to announce the latest deaths, Becky Kissick, Clark County’s public health director, said in a statement. “Our thoughts and prayers are with these families during this very difficult time.”

The department reported three new coronavirus cases in the county on Thursday and 18 more on Friday.

On the same day the Health Department reported its first multiple deaths in several weeks, it also reported that Clark County’s incidence rate was the lowest it has been in months, at 20.87 infections per 100,000 population, which puts the county in the orange category rather than the red, or critical category.

In his daily media briefing, Gov. Andy Beshear on Thursday announced 1,440 new COVID cases and 42 new deaths. bringing the total for the state to 4,253. On Friday there were 1,063 COVID patients hospitalized, including 277 in intensive care and 154 on ventilators.

The governor also on Thursday announced more than 150 new coronavirus vaccination sites, including 10 Kroger and 15 Walmart stores — among them, the Winchester Walmart at 1859 Bypass Road.

Appointments are necessary at the vaccination sites.