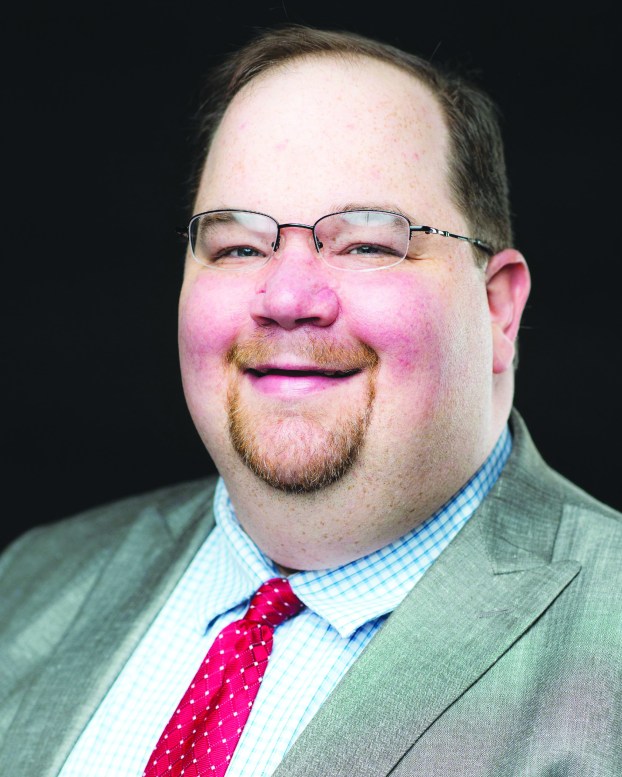 Residents are paying less in taxes and getting more for their money than they have under previous county governments, Clark County Judge-Executive Chris Pace told Winchester Rotarians Friday.

In his virtual State of the County speech, which had been scheduled earlier but was postponed because of a Zoom issue, Pace made a case for the conservative record of his administration and the Clark County Fiscal Court.

“Taxes for county government are the lowest they’ve been in 20 years, and we still have more money in reserve than ever before,” the county judge said.

He said the budget cuts and conservative planning that the county was criticized for have “paid off in the long run, as we were able to increase fiscal court investment in law enforcement and the county fire department, where we now have more full-time firemen than every before, and they are being paid better than they ever were before.”

Pace said the county government continues to reduce expenditures wherever it can.

“We have shown the guts to make tough decisions when others would use your tax dollars as a blank check,” he said.

Consequently, the county is under budget, yet with “substantial reserves to brace for whatever lingering impacts COVID 2021 might bring.”

Not only did Pace praise the county government’s fiscal conservatism, but he cited examples of its social conservative accomplishments as well, including using money from the community fund from the sale of the old Rockwell building to help buy an ultrasound machine to for a Christian pregnancy help center so that expectant mothers can see images of their babies and be discouraged from aborting them, and passage of a resolution by the Fiscal Court declaring Clark County a “Second Amendment sanctuary.”

The resolution was in response to a statewide movement protesting red flag laws, which are similar to domestic violence laws that give relatives and police officers the ability to seek a court order to temporarily keep firearms out of the hands of a person who is mentally ill or whose words and actions have convinced a judge they are likely to commit an act of violence using a gun. Courts have held that red flag laws are constitutional.

In response to a question from the online audience, Pace admitted the resolution would do nothing to prevent the enforcement of a state law, but was “a good opportunity at the very least to show what our stance is,” and he doubts the state legislature under its current Republican supermajority would enact a red flag law anyway.

At times, Pace’s speech took an intensely partisan and even combative tone, referencing “pressure from liberal political foes” and “fierce opposition from the left wing” in Clark County.

When asked, he wouldn’t say who those leftists were other than hinting that some of them were former elected officials.

“I believe we are every bit as conservative as Clark County, and that’s a good thing,” he said.

One of the parts of Pace’s speech that attracted the most interest from Rotary members and guests had to do with economic growth and development, especially in relation to the U.S. 60 corridor.

Pace mentioned an expansion of Taica’s plant, the announcement of a Wilde Brands factory, the addition of a new heart catheterization laboratory at Clark Regional Medical Center and Bluegrass Community and Technical College’s plans to start a nursing program.

“There is a recovery under way, and it is happening faster in Clark County,” he said.

As part of efforts to spur economic growth, Pace said, the county government is working with state legislators and Congressman Andy Barr on completing the new bypass around Winchester, pushing for the four-laning of U.S. 60, working with the city to complete the Seventh Street extension to Maple Street near I-64 and working to bring more broadband to the community.

He said he would also like to see more residential development, because houses attract job growth.

Scott Hisle, a Rotary Club member, agreed with the judge-executive’s desire to attract more young families with children in school.

“I’m a strong proponent of reasonable, smart growth for our county,” he said. While he wouldn’t want to see the kind of growth Georgetown has experienced, he said, the “stagnation of the past is something that is not healthy for our county.”

The local government has not been without challenges, Pace said. The loss of state inmates has contributed to a growing deficit in the county jail’s budget, and the cost of the dead animal removal program has tripled, he mentioned. And because of the coronavirus and its effects on the economy, nearly every revenue source tied to payroll and travel has decreased, so the county has to seek new sources of revenue, including millions of dollars in state and federal grants, he said.

His first year in office, 2019, was “the greatest economic year” in the county’s history, he said, and 2020 was “a year of perseverance.”

2021 will bring challenges as well, Pace said, but the county government is prepared to “conquer them with the same optimism and aggressiveness” as last year.

VIDEO: McConnell explains his vote against impeachment; he does not condone Trump’s ‘disgraceful actions’