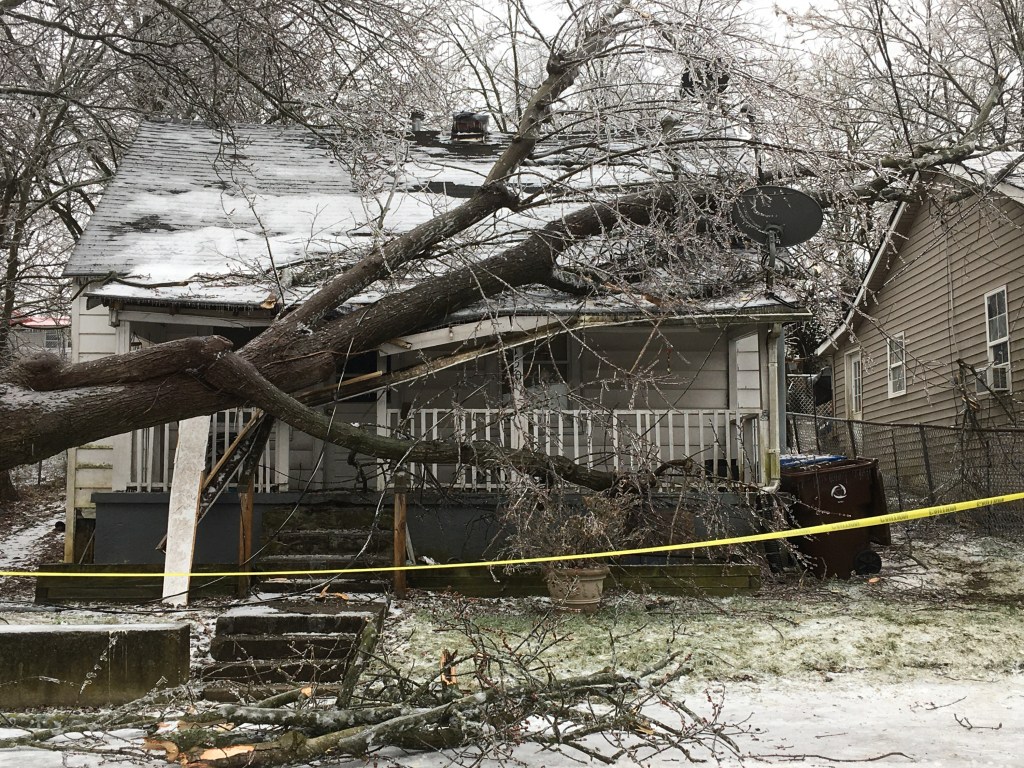 Clark Energy had restored power to all but about 50 of its nearly 2,000 customers who had lost service last week in the first major ice storm — and then the second storm hit.

Steve Asbury, the county’s fire chief and emergency management director, said Tuesday that the snow, sleet and ice that pummeled the county again Monday and Tuesday had caused another 1,100 to 1,200 outages, but by noon Tuesday, he said, that number had been reduced to 890.

“We’re doing a little better than expected,”Asbury said. “We haven’t had any calls about downed power lines or trees across roadways,” but he added, that doesn’t mean there aren’t any.

“Everything’s going smooth,” he said. “We’re getting people shelter if they need it.”

He said those needing a warm shelter were being referred to Beacon of Hope at 850 Bypass Road, which was still under capacity and therefore able to take more people who were without heat. If Emergency Management opened more shelters, he said, he would let the public know by way of media.