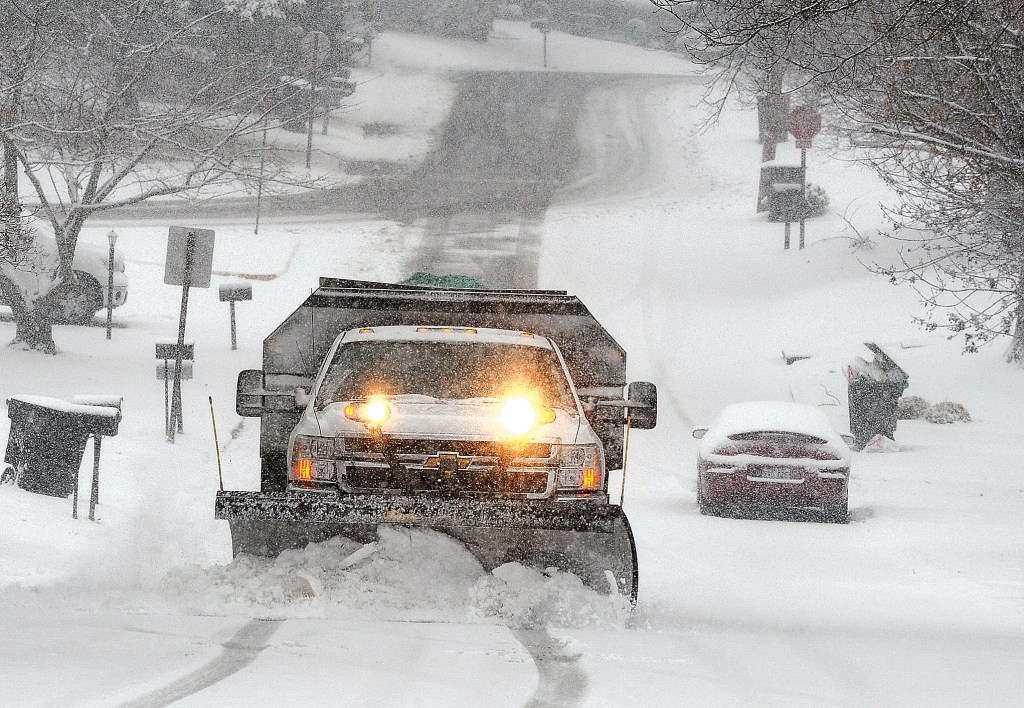 County road workers must have felt a little like Daniel Boone’s crew this week, cutting trees to clear a path.

“We had to cut our way through some roads,” County Road Supervisor Allan Curtis said Tuesday. “On Pine Ridge, my driver called and said he had to cut a couple of trees to get through this morning.”

And Curtis had to call the state Department of Highways when he was on White Conkwright Road because there were tree branches lying everywhere.

Trees are a problem in winter storms like the ones Clark County has seen this week, because the ice from freezing rain and the snow make the limbs heavy so they break or bend and the road trucks hit them as they go through. Curtis said he had to “double up” on crewmen because the falling trees and branches required more workers.

Sometimes they’re just too big and heavy for the plows to move, and they have to be cut up to clear them.

After the ice storm that slammed Clark County last Wednesday and Thursday, there was a brief break from the winter weather, and then another storm Monday and Tuesday brought more — sleet, snow, freezing rain and then more snow.

By 10 a.m. Tuesday, the county roads were passable, Curtis said, but he wouldn’t advise trying to travel them unless one had four-wheel, all-wheel or front-wheel drive, and he said he wouldn’t go faster than 25 miles per hour.

“Every county road has been plowed four times,” he said. “We’ve salted twice.”

He said it takes five or six hours to plow all the county roads once.

They had used about 150 tons of salt and had run low.

“We’ve got another shipment coming today while I’m still at the shop,” he said, sounding tired. “I’m going to let the guys rest and see what the salt does, but I’m not hopeful that it’s going to do much in these temperatures.”

They would need the rest to prepare for round three expected Wednesday.

Also, people seemed to be heeding advice to stay in.

There were maybe a couple during the first round last week and three or four this week on Monday and Tuesday, he said.

Capt. James Hall of the Winchester Police said Tuesday afternoon, there were a few drivers who had gotten stuck, but no serious road accidents in town.

Brian Sewell, a road foreman for Winchester’s public works, said most city streets had improved by Tuesday afternoon, and there was plenty of traffic in town, which helped melt the snow and ice. The city, too, had used quite a bit of salt and cleared all its streets, he said.

The state roads were still partly covered in Clark County Tuesday afternoon, and road crews were plowing and treating with a brine solution, giving emphasis to priority roads, including U.S. 60 and I-64.

Natasha Lacy, a spokesperson for the state Department of Highways District 7 office, said personnel have been working continuously, on 12-hour shifts, since Sunday night to clear the roads. She said downed trees and power lines were a problem throughout the district’s 12 counties.

According to the state Transportation Cabinet’s website, the rest area on I-64 in Clark County, which had been closed, because a fallen tree pulled down a power line, is now open.