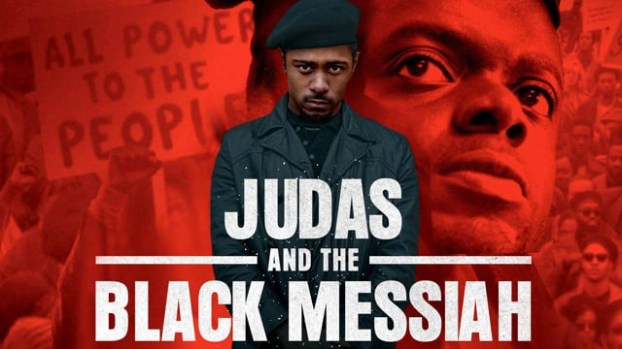 ‘Judas and the Black Messiah’ on the silver screen

Life can be seen as a constant struggle. The struggle to do the right thing versus the convenient thing to make it easier on us. Convenience is usually a short-term gain. As the dust settles all we are left with is our conscience and time for reflection.

Do we do the right thing, or did we do take the easy route? These are questions that we must answer every day even when dealing with our benign tasks. Sometimes it feels like a battle wages on our soul and this topic is investigated further in today’s award-winning film, “Judas and the Black Messiah” (2021).

“Judas and the Black Messiah” is an American biographical drama set in late 1960s Chicago where young thief “Wild” Bill (LaKeith “Uncut Gems” Stansfield) is picked up on a failed car theft where he was posing as a federal agent while shaking down members of street gang, The Crowns.

While incarcerated, Bill is interviewed by FBI agent Roy Mitchell (Jesse “The Irishman” Plemons) who offers the young failed car thief a plea deal for all charges to be dropped if Bill agrees to work undercover as an informant for the Bureau by infiltrating the Illinois chapter of the Black Panther Party led by the charismatic Fred Hampton (Daniel “Black Panther” Kaluuya) who is viewed as a hot target for subversive leanings against America ideals by then FBI Director J. Edgar Hoover (Martin “Apocalypse Now” Sheen).

Bill reluctantly agrees to save his own hide and accepts the mission where he quickly becomes immersed and confused with the double life he now leads after growing close to Hampton during the covert operation. As it continues, Bill starts questioning his allegiance and integrity when he struggles with the truth as to who the real good guys are in this government-directed operation of corruption and deceit.

“Judas and the Black Messiah” was directed by Shaka “Newlyweeds” King, who co-wrote the screenplay with Will “Sea Oak” Berson. It is based on a story by Kenny and Keith “22 Jump Street” Lucas. Shot in the Cleveland, Ohio, area, “Messiah” has been lauded by critics and viewers alike due to the attention to detail of authenticity to this period piece, crisp cinematography, believable performances and timely themes.

It is no different today than what was being expressed on inequality issues birthing revolution during the Civil Rights Movement of the 1960s.

Having to move its original release date because of COVID-19, “Messiah” is one of the first films to have been edited and receive finishing touches before being distributed by post production crews who were working remotely in quarantine.

We all have to make decisions. No matter what appears on the surface, everybody has to answer to somebody no matter what the circumstances. The trick is to know yourself and being accountable for the choices you make. The right thing is never the easy thing to choose, but deep down your gut will steer you onto the correct path. Don’t be swayed. You are intelligent and know the difference between right and wrong. Unfortunately for all of us, life paints the canvas with heavy strokes of gray in a world perceived of simple black and white choices.

Keep your noses clean, your eyes on the silver screen and have a film-tastic day!

The Bookworm: “The Three Mothers: How the Mothers of Martin Luther King, Jr., Malcolm X, and James Baldwin Shaped a…

BY TERRI SCHLICHENMEYER Your mom was always on your side. She stuck up for you when nobody else would, through... read more