Joseph’s draft stock on the rise 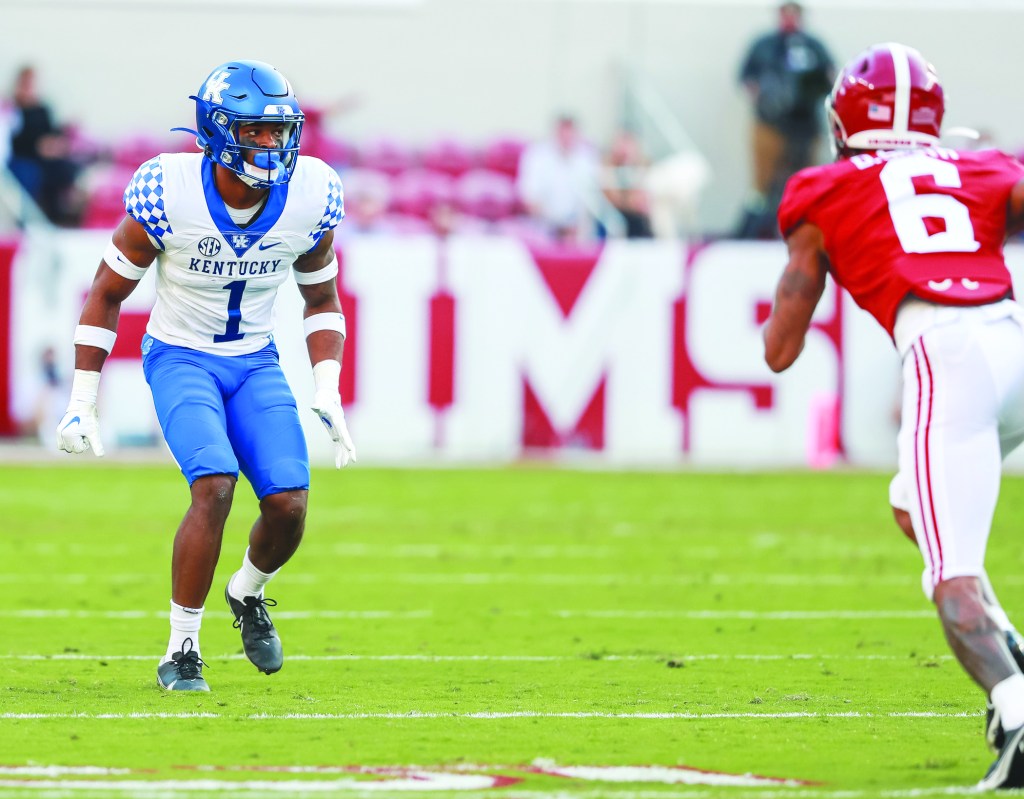 Kelvin Joseph has caught the attention of ESPN draft analyst Mel Kiper Jr. because of his ball skills and instincts. - SEC Photo

ESPN’s NFL draft guru Mel Kiper says cornerback Kelvin Joseph is a “fast riser” in the upcoming NFL draft and has him projected as the No. 4 cornerback in the  draft and possible first-round draft pick.

“He has ball skills and instincts to cut off passes and he’s tough in the run game, too. Joseph has all the tools to be a great pro,” Kiper said.

Joseph’s best game may have been in UK’s loss at Alabama when the Crimson Tide only targeted Heisman Trophy winner Devonta Smith twice when he was covered by Joseph. One deep pass was overthrown due to Joseph’s coverage and the second was intercepted by Joseph near the goal line.

“He (Joseph) has good ball skills. He has good hips and seems to have pretty good speed,” former all-SEC running back Anthony White said. “It comes down to how he changes direction. But the one thing they love in the NFL are ball skills. He has shown he can flip the chains and he will go up and get the ball.”

There were times Joseph’s “body language and actions” were not the best during the season. White said that does not “bode well” with some NFL personnel.

“They will have questions about that if he runs a 4.3, then somebody will take the risk in the first round,” White said. “If he goes high 4.4 or even 4.5, then stuff about why he decided to sit out the last two games and other things will come into play.”

Linebacker Jamin Davis is the highest rated UK player in other mock drafts after deciding to give up his final season at Kentucky to turn pro. White likes his upside a lot.

“Jamin shows a lot of athleticism and playmaking ability and can play the pass or run,” White said. “The NFL questions everything that you do and breaks it down to the smallest of things about which guy is better doing what.

“You cannot overcome things if you have exceptional speed or film. If you have that speed, you go high in the draft. Jamin has a lot of upside. I think he will last a long time in the NFL.”