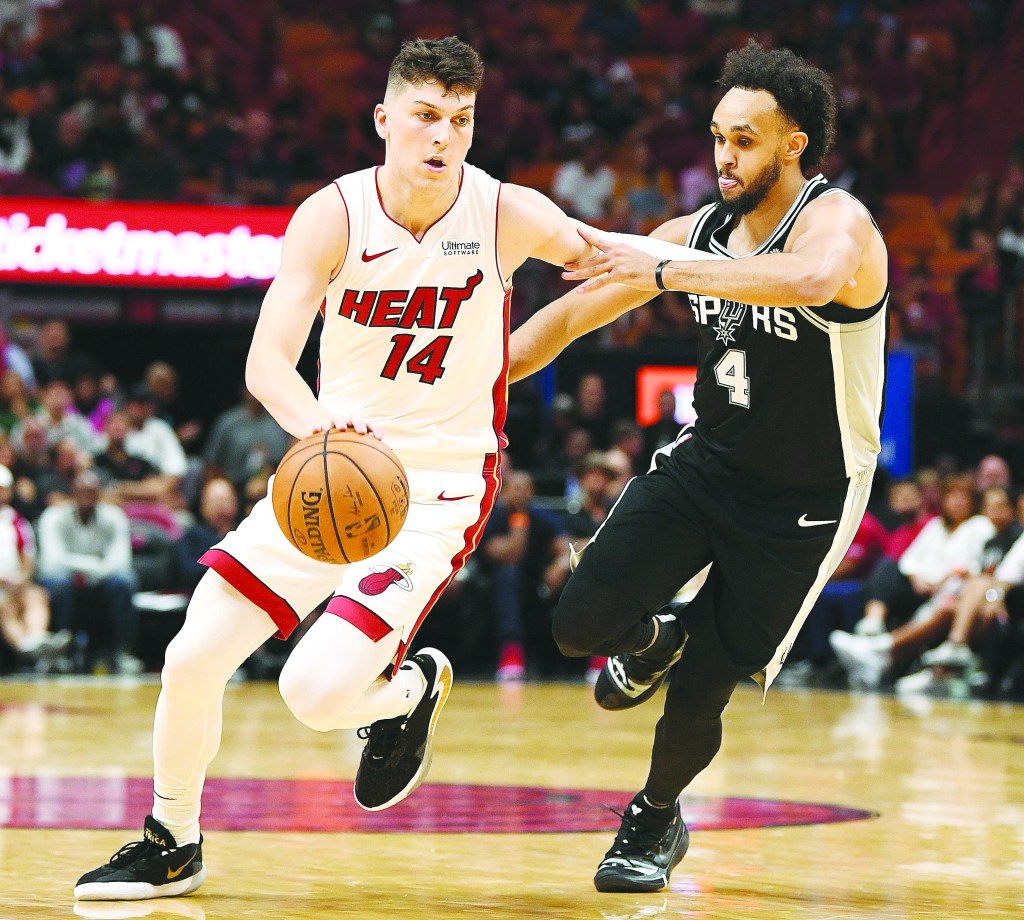 Tyler Herro "busted his butt to create his own story" and then got drafted by the perfect NBA team according to his former AAU coach. - Miami Heat Photo

Kentucky recruiting target Brandin Podziemski, a 6-5 Wisconsin guard, has a close connection with the UK coaching staff. Podziemski’s AAU coach is Antonio Curo, who had the same role with former Wildcat Tyler Herro.

“Comparing him to Tyler is disrespectful to Tyler because he has busted his butt to create his own story,” Curo said. “Tyler is an advanced student of the game. He wants it and he loves it and he desires to be great. Whether Brandin gets to that point Tyler has, we’ll see. Brandin is very humble but he’s also a hard worker.”

Curo always thought Herro would be successful but thought he would likely be at UK two years, not just one year before he left for the NBA and stardom with the Miami Heat.

“It’s all about fit,” Curo said. “Kenny Payne was outstanding with him, did unbelievable job with him. It was a great fit for Tyler at Kentucky.

“Tyler got drafted by the perfect spot for him. Pat Riley is the perfect GM (general manager). He has the perfect coach and developed a great relationship with the veteran players there. Miami just fit for him.

“If he was being asked to score 40 points and the expectations did not fit, it would not work. But nothing Tyler does surprises me. Even if you were cautiously optimistic about Tyler, the thing about him that is different is that he believes in himself and pays the price to succeed every day.

“That work ethic sets him apart and he deserves all this success because he has worked for it. He believe in himself and his family believed in  him. He’s doing fabulous and I could not be prouder of him.”