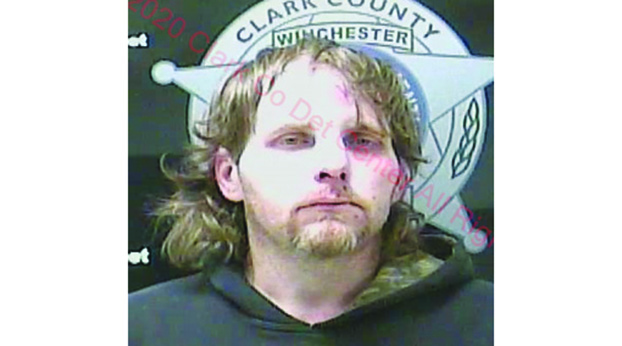 A Morehead man was sentenced to three years in prison after leading deputies on a pursuit into Powell County and back last year.

Dana L. Fultz, 41, was arrested March 8, 2020, after the pursuit ended in the Colonial Valley subdivision near Veterans Memorial Parkway.

Other charges including reckless driving, failure to us turn signal, failure to wear seat belt, failure to register transfer of a motor vehicle and speeding were call merged and dismissed. A first-degree persistent felony offender charge was also dismissed.

Clark County Sheriff’s Deputy Colton Lewis attempted to stop a suspicious vehicle stopping in driveways along Kiddville Road, according to court documents. The vehcle sped away before getting on the Mountain Parkway and continuing into Powell County, before turning around near Clay City and returning to Clark County.

Fultz’s vehicle ran over spike strips near the intersection with Veterans Memorial Parkway. The vehicle continued toward the subdivision where it drove through four yards before it quit on Jameson Way.