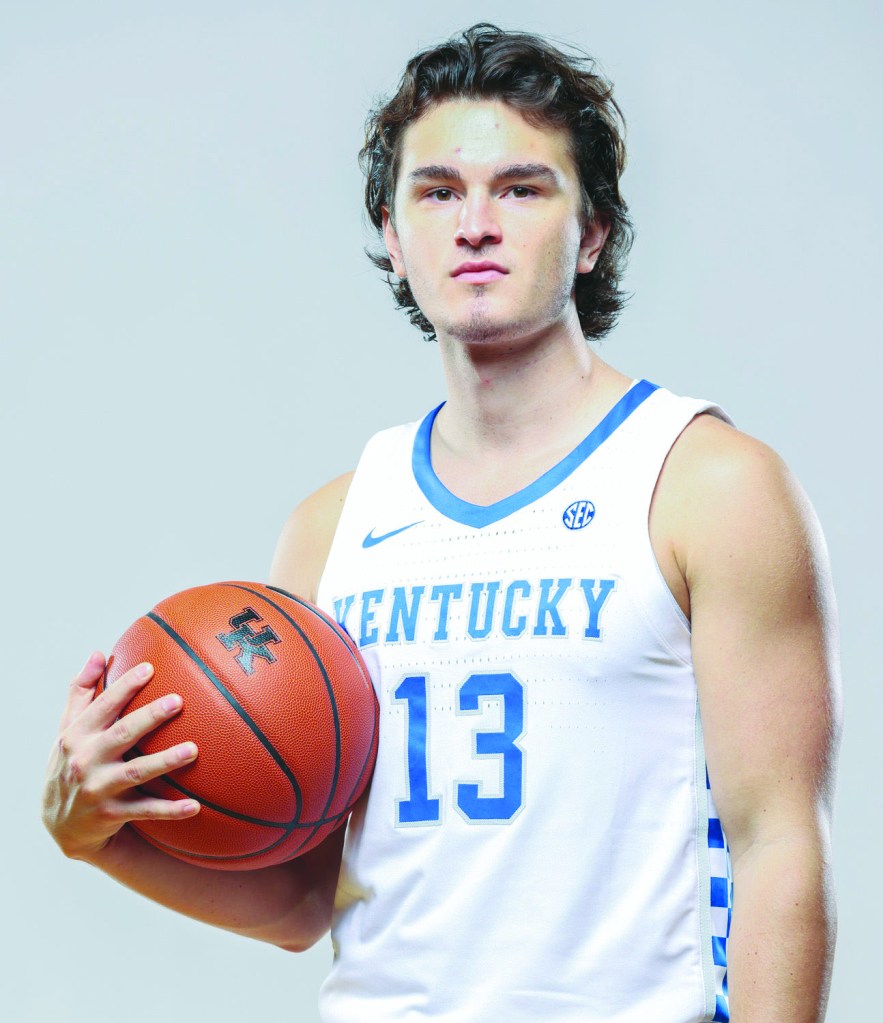 UK senior walk-on Riley Welch hopes to be a college basketball coach some day. He was eager to learn all he could from Kentucky coach John Calipari during ihs time as a Wildcat. - UK Athletics Photo

Kentucky senior walk-on Riley Welch hopes to eventually be a college coach. That’s the main reason he wanted to play at UK so he could learn from coach John Calipari.

Welch, a point guard, has watched freshman point guard Devin Askew all season and often goes against him in practice, especially the last two months after Terrence Clarke went out with an injury.

He likes what he believes lies ahead for Askew.

“Good or bad, Devin’s in the gym working every off day. Sometimes when maybe he should give his body a rest, he’s still trying to improve, still trying to get better. That’s something I really respect about Devin,” Welch said.

“He’s a kid who should be a senior in high school, came to the most pressure-filled college basketball program in the country and under tough circumstances. No summer. No fall. Not being able to get into the locker room. That’s a lot.”

Welch said it has been a hard season for Askew not to have any veteran players to explain to him what Calipari is like.

“That’s something you only really get when, through experience. Dev has really improved through this season. I think he can still get a lot better, and he’s going to get a lot better because there’s things I see him do in practice day-to-day that I do think he will be able to translate to games sooner rather than later,” Welch said.

“I’m just happy for him. He’s a really mentally tough kid which is something that I really respect.”

Welch’s comments were the day before UK hosted Florida and Askew went 0-for-6 from the field with three turnovers, two rebounds and two assists in the loss.