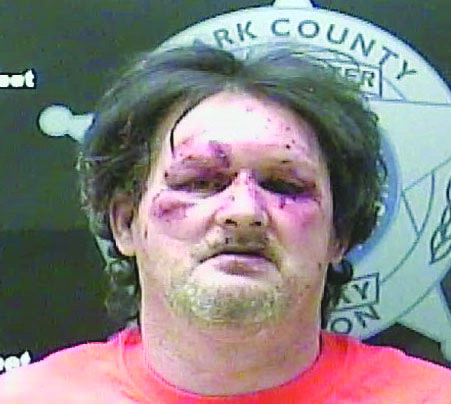 A West Virginia man who fled minutes before he was to be sentenced for sexual abuse was captured Tuesday evening in the Winchester industrial park after running from local and federal authorities.

Raymond Brown, 48, of Clay, West Virginia, is now facing a number of local charges including a possible prison sentence at home.

According to court officials in Clay County, West Virginia, Brown was scheduled to be sentenced at 9:30 a.m. Monday to two counts of felony sexual abuse by a parent, guardian, custodian or person of trust. The charge carries a sentence of 10 to 20 years.

Murray said was standing by in another parking lot when the truck passed, and he followed it onto Rolling Hills Lane and into the industrial park. Other officers, including two vehicles of U.S. Marshals converged on the area and blocked the intersection at Fortune and Corporate drives, Murray said.

Brown’s truck struck both marshals’ vehicles, as the pursuit continued and ended in a parking lot on Enterprise Drive.

Brown and his son, 19-year-old Hunter Brown, both got out of the truck and fled on foot. Raymond Brown, who Murray said was injured during the pursuit, was captured by the marshals after a short distance. Hunter Brown, who was not charged, was located later and turned over to the marshals to await family members to pick him up.

Raymond was treated and released from Clark Regional Medical Center.