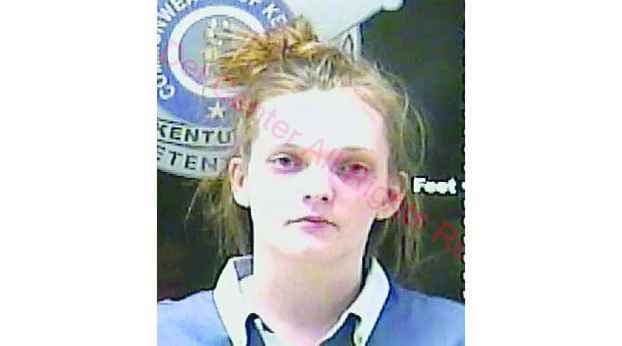 A woman charged with stealing a vehicle outside the Winchester McDonald’s and leading police on a four-county pursuit pleaded guilty to her charges Thursday.

Police said Crim was an employee at the restaurant and taking a break when a woman parked her vehicle and left the keys in it.

Crim allegedly got in the vehicle and drove away, police said.

Thursday in Clark Circuit Court, Crim pleaded guilty to two counts of first-degree wanton endangerment and one count each of theft by unlawful taking and first-degree fleeing or evading police. Prosecutors recommended she serve two years for each count, to run concurrently. She also pleaded guilty to driving on a suspended operator’s license, and a recommended 30 day sentence.

In a separate case, Crim pleaded guilty to tampering with a prisoner monitoring device after she cut an ankle monitor off herself. Prosecutors recommended she serve one year consecutive to the other case.

Her Clark County sentence would also run concurrently with another sentence in Fayette County.

A Clark County deputy sheriff tried to stop the Chevrolet Trailblazer, but it fled and went east on Interstate 64.

According to court records, the pursuit reached speeds of 90 mph in Clark County. Officers deployed spike strips to disable the vehicle at the Montgomery County line, but the vehicle avoided them and continued east.

Police said Crim exited the interstate at Morehead, sideswiped another vehicle and returned to the Interstate. Officers blocked the vehicle near the Rowan-Carter county line, and Crim was arrested.