Clark has 43 new COVID cases in one week; incidence rate 16.9 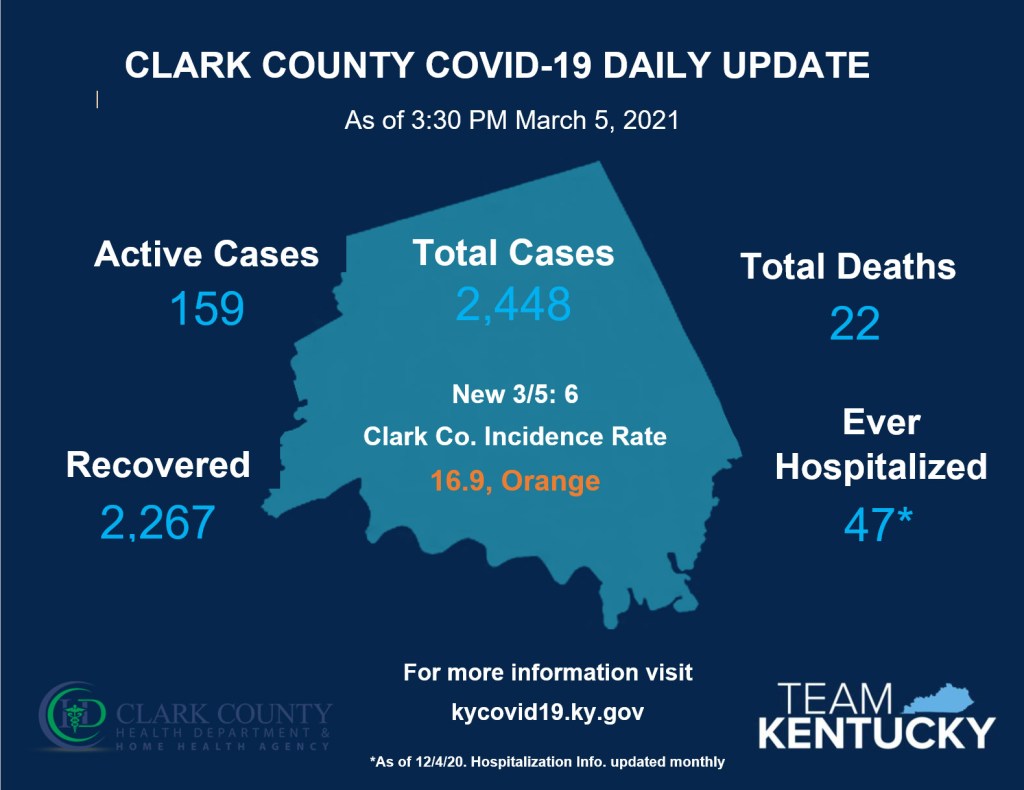 Clark County’s COVID-19 incidence rate remained at about 17 cases per 100,000 population last week after having dropped to just over 13 the week before.

According to the CCHD daily report, the incidence rate for Saturday, Feb. 27-through Monday, March 1, was 13.39, with 12 new cases during that period.

The county has seen 43 new coronvirus cases in the last week.

Last Tuesday, there were five new cases, and the incidence rate remained the same.

On Friday, March 5, the last date for which there was information available before the deadline for today’s print edition of The Sun, there were six new COVID cases reported, and the incidence rate was 16.9 per 100,000.

There were 159 active cases on Friday out of 2,448 total the county has seen since the often deadly virus was first confirmed in this country a year ago this week. Of that number, 22 have died, and 2,267 have recovered.

The state confirmed 22 deaths from COVID in one day last Friday and 920 new cases. As of Friday 4,754 in Kentucky had died of the virus. Nationwide, millions have had the virus, and more than half a million in the U.S.have died of it.