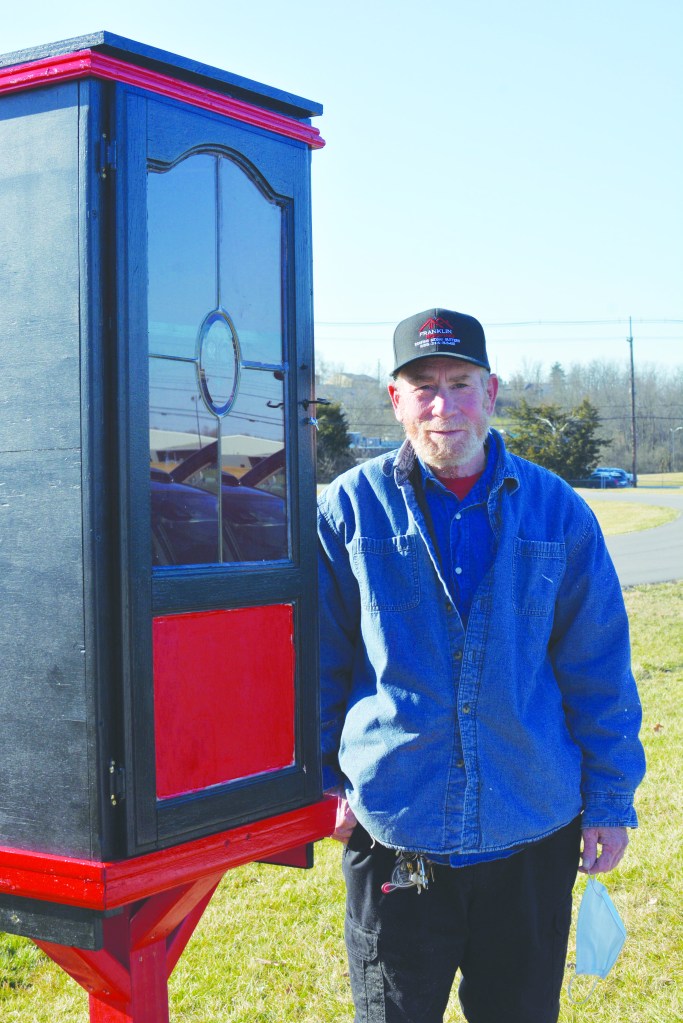 Jimmy Franklin recently rebuilt the blessing box in front of RDC's track and put it back up Monday. (Photo by Randy Patrick)

Jimmy Franklin doesn’t know who built the blessing box between the track and parking lot at Robert D. Campbell Junior High School, but it hadn’t weathered well, and he took it upon himself to rebuild it.

Franklin, who recently retired and helps out his son, James, owner of Franklin roofing, said the roofing business had been slow, and he and his son thought it would be a good idea to restore it.

“I had plenty of time,” and wanted to do something charitable, he said.

He said the old box was made of particle board and had deteriorated from the moisture, and so he built a new box out of real wood, replaced a broken pane of glass and painted it with Rust-Oleum in the Cardinal colors of red and black, which also happen to be the colors of Franklin Roofing, he said.

The blessing box is one of two in town, with the other one being in front of First Christian Church.

People donate canned and other nonperishable food for those in need, and those in need come by and pick it up. It’s all anonymous.

Meredith Guy, a member of First Christian, said the blessing box or “little free pantry” movement isn’t the work of one organization, but is “organic.”

It was started in Fayetteville, Arkansas, in 2016 by two women who got the idea from the little free library boxes they saw, and the idea has spread across the country.

Holly Lovings, who works for the Health Department, said she noticed the condition of the box at RDC when she and other public health employees were doing a COVID clinic there recently, saw that the food was getting wet and mentioned it to James Franklin, who mentioned it to his dad.

Lovings said a volunteer who wants to remain anonymous has built a third one for Winchester, and they are looking for a location for it. A local Boy Scouts troop wants to build one as well, and, she said, Lowe’s is willing to pay for one.

“It’s really encouraging to see so many people willing to help,” she said. “I’m hoping for a ripple effect.”

Loving said she may start a GoFundMe page on Facebook or come up with another way for people to contribute funding for the boxes.

There is a public group on Facebook, Blessing Box Winchester Kentucky, with 620 members, which shares information about the blessing boxes. 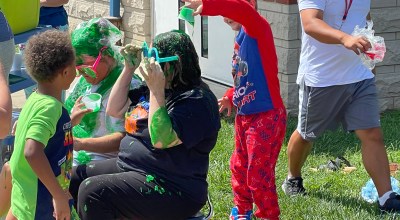