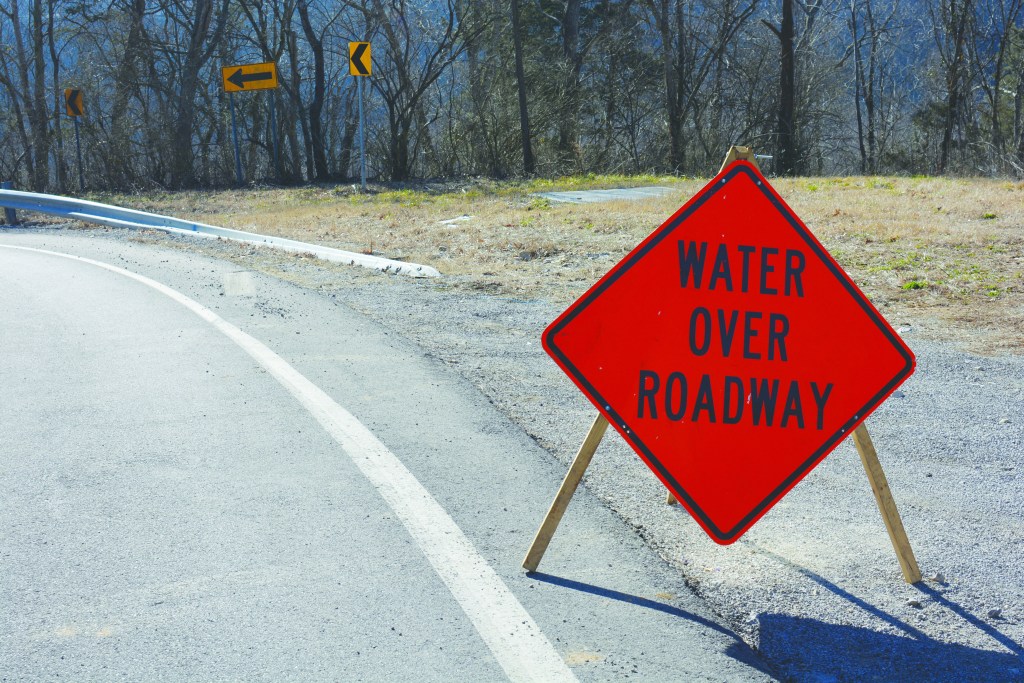 A sign warns motorists the road is impassable on Athens-Boonesboro. (Photo by Randy Patrick)

Following the worst Kentucky River flooding in 40 years in Clark County, all state and county roads were reopened this past weekend after some of them had been underwater for nearly a week.

Four Mile Road was the last county road to reopen, he said.

“We ended up clearning it off Saturday afternoon. We had to push the trash and mud. There might be a little mud here and there, but we’re just stretched too thin right now; We’ll get it taken care of.”

Other county roads that were closed by the heavy rainfall and snow-and-ice melt of the previous weekend were parts of Pine Ridge, Jackson Ferry, River Road, Vienna Road and Amster Grove.

Curtis, who is also the county’s solid waste coordinator, said county workers had a meeting at Athens-Boonesboro Friday evening and the road was still flooded, but when they finished an hour and a half later, the water had gone down and the road was passable.

“It was crazy watching it go down that fast,” he said.

Mina Station was the last state road to reopen, on Saturday.

Now comes the hardest part for road and solid waste workers — the cleanup.

Curtis and his crew were at Amster Grove Monday morning.

“We’re down there cleaning today. We’ve got dumpsters, trucks. It’s a huge coordinating effort,” he said.

“It looks like a war zone down there,” he said.

According to Natasha Lacy, a spokesperson for the state Transportation Cabinet’s District 7 office in Lexington, which is responsible for state roads in Clark County and 11 other Central Kentucky counties, there were no state roads remaining closed in Clark County as of 10 a.m. Monday.

In neighboring Montgomery County, one lane of Nest Egg Road (Ky. 646) remained closed at mile point 7.44 near the Clark County line because of a road slide.