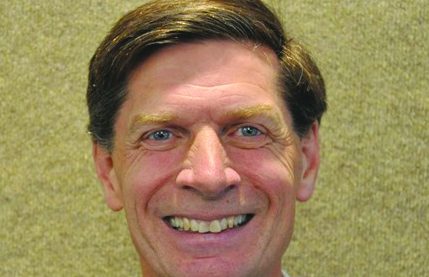 Elizabeth Barrett was Born on March 6, 1806, in Durham, England, the oldest of 12 children who showed a brilliance for poetry.

Her first four books of poetry were published when she was just 12 years old. At 15 she injured her spine. The resulting confinement in London affected her lungs and she came to be regarded as a permanent invalid, doomed to spend her life in bed.

But still she kept writing. Her mother died when she was 22.  Her father was a dominating and tyrannical man who refused to allow her to marry and made her a recluse. In spite of all these struggles she continued to write magnificent poetry.

Nearing 40, one of her books of poetry caught the eye of another famous English poet, Robert Browning.  He started corresponding and visiting, but her father stopped the visits.

More than a year later she escaped her father’s control and they were secretly married. They immediately moved to Italy where the pleasant weather rejuvenated her strength and she led an active lifestyle.

Her father disowned her, but she wrote almost every week, telling him that she loved him and longed for reconciliation. After 10 years of writing, she received a huge box in the mail that contained all the letters she had ever sent. Not a one of them had been opened!  Had he looked at just one, the broken relationship with his daughter might have been healed.

I hope you are thinking this is very sad that her father acted like this, for it is a very sad story.  Sadly, I have seen similar stories of family brokenness far too often. Our families are a precious gift to us. Life is too short. We should do all we can to forgive or seek forgiveness from family members with whom we are estranged.

Sometimes we need to be reminded of just how powerful the Bible and God’s love for us are with a story of another person’s struggle, and how God’s love letter to us changed a life. This story is told by apologist Ravi Zacharias.  While ministering in Vietnam in 1971, one of his interpreters was Hien Pham, an energetic young Christian. Seventeen years after returning to America, Zacharias heard from his friend by phone. While catching up on the past Hien told this story.

Shortly after Vietnam fell, Hien was imprisoned on accusations of helping the Americans. His jailers tried to indoctrinate him against democratic ideals and the Christian faith. The daily dose of communist propaganda and deluge of Marx and Engels began to take its toll. He began to think, “Maybe I have been lied to. Maybe God does not exist. Maybe the West has deceived me.”

So Hien determined that when he awakened the next day, he would not pray anymore or think of his faith.

The next morning, he was assigned the dreaded chore of cleaning the prison latrines. As he cleaned out a tin can over flowing with toilet paper, his eye caught what seemed to be English printed on a piece of paper.

He grabbed it, washed it and after his roommates had retired that night, he retrieved the paper and read the words, “Romans, Chapter 8.  Trembling, he began to read, “And we know that in all things God works for the good of those who love Him… for I am convinced that nothing can separate us from the love of God that is in Christ Jesus our Lord” (Romans 8:28, 39).

Hien wept. He knew his Bible, and knew that there was not a more relevant passage for one on the verge of surrender. He cried out to God, asking forgiveness, for this was to have been the first day that he would not pray. Evidently God had other plans. What his tormentors were using for refuse, the Scriptures, could not be more treasured to Hien.

How precious is God’s word, His love letter to you?  Go back and read Romans 8 today, and think about this story.

To find out more about Al Earley or read previous columns, see www.lagrangepres.org.