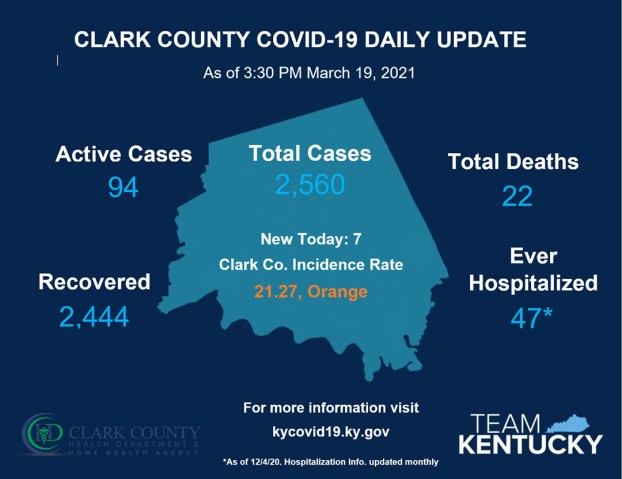 For March 13-15, there were 23 new cases of the deadly respiratory virus over the three-day period, bringing the total since last March to 2,529, and 126 of those were active cases.

The incidence rate for the three-day period — the number per 100,000 population — was 24, which was still in the orange category but only one away from being back in the red.

On March 18, there were six new cases and 136 active cases, and the incidence rate was 22.

Last Thursday, March 19 — the latest day for which there were numbers made public before the Sun’s deadline — there were seven new cases, 94 active cases, and the incidence rate had fallen to 21.27.