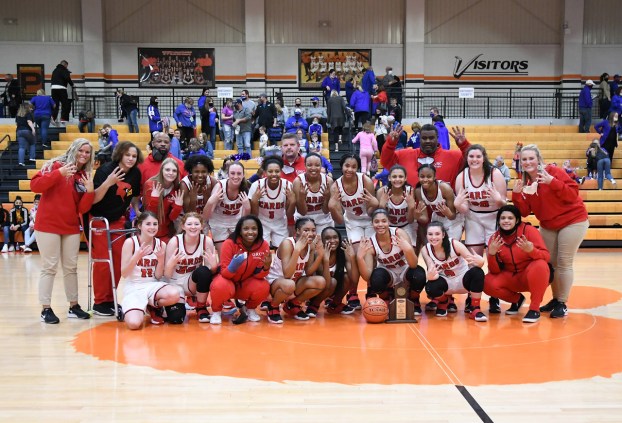 The boys tournament gets underway in Mason County, while girls action starts Wednesday at GRC Arena.

GRC boys drew the late game, but due to a scheduling conflict, they will play Harrison County Tuesday at 5 p.m.

Athletic Director Jamie Keene explained that Scott County High could not get to Mason County’s gym in time, resulting in GRC and Harrison agreeing to trade game times.

Coming off a 73-66 win to take home their fourth straight District Championship, Coach Josh Cook’s Cards are ready to make their run back to the state tournament.

“Our guys are focused right now and having a lot of fun,” Cook told Smoke Signals. “Honestly, this has been our practices all year as of late. I believe in our team, and they believe in each other. That’s all you can ask for. We will take everything one game at a time and hopefully continue getting to play over the next couple weeks. ”

Also bringing home a district championship, their eighth straight, Coach Robbie Graham and the Lady Cards are preparing every day for their play in the region tournament.

GRC Hoops will play the first game of the tournament Wednesday, tipping off at 5:30 p.m. against Nicholas County.

“We are extremely excited to still be playing,” Graham told Smoke Signals. “The regional tournament will be extremely tough. The 10th Region has some really talented teams that are very well coached. We will prepare and work hard in practice to try and achieve our goal to make it to the Sweet 16.”

BJ Boston has decided to forgo his collegiate career and pursue a professional career. The Kentucky freshman guard is the... read more