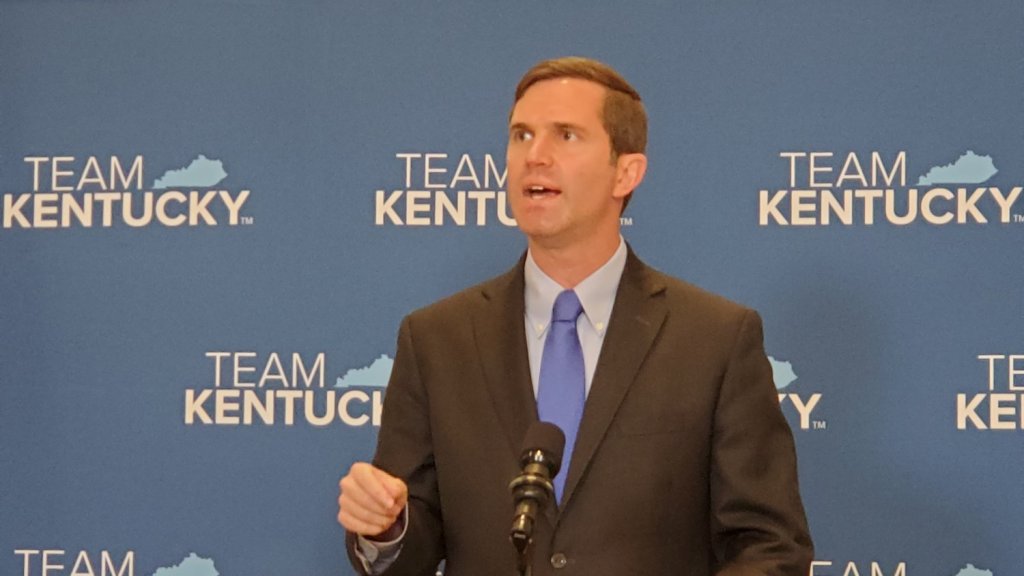 In describing those he signed, Beshear said, “These are pieces of legislation that will strengthen our commonwealth by prioritizing health, safety and the general well-being of our people.”

Among those he signed:

House Bill 8, which he called, “A step forward in correcting a structural problem that has left the Kentucky Employees Retirement System, or KERS, increasingly unable to meeting its obligations to the people it serves.”

It provides that employer contributions will no longer be based only on payroll, because many quasi-governmental agencies, such as rape crisis, domestic violence and recovery centers, reduced their contributions by laying off or outsourcing jobs.  The bill gives the agencies more time to pay their pension obligations.

HB 254, which will increase penalties to those who possess, view, or distribute sexually exploitive of minors under the age of 12.

“This change is something, while I was attorney general, my office was supportive of, and now in Kentucky we have given law enforcement the authority to charge such offenders with more serious crimes, and longer sentences.”

Senate Bill 66, requires background checks for staff at summer camps, bans sex offenders from being on playgrounds, and making those convicted of human sex trafficking crimes register as a sex offender.

He says a study he came across a study in 2016, which found, “One in three people who sign-up to work or volunteer at a summer camp have something that pops up in a background check that suggests they shouldn’t be in charge of children.”

SB 64, which enhances penalties for cybercrimes that attempt to procure or use a minor in a sexual act.

“It targets online predators and increase penalties for those who use the internet to prey on minors, especially children 12 and younger,” Beshear said.

HB 472, which extends the statute of limitations for misdemeanor sex offenses against children from five to ten years.

The governor said, “Most children, in particular the very young, do not disclose their abuse in real time.  Often, those children are unable to understand or fully process what has happened to them or be ready to describe it.”

HB 273 excludes from the state’s Open Records Act photos or video that depicts a person’s killing, rape, or sexual assault or abuse.HB 105 requires any agency searching for a lost or missing person contact appropriate agencies within four hours of receiving the report and utilize existing resources, including but not limited to electronic highway signs, the Amber Alert system, law enforcement communications systems, electronic media, the Integrated Public Alert and Warning System if authorized and under conditions permitted by the federal government, and local, regional, and statewide media providers.

SB 84 offers relief to female inmates who are pregnant or have just given birth.  It includes allowing the new mother to be with her baby for at least 72 hours after giving birth, and for the facility to provide access to programs for them.

The bills Beshear vetoed include:

HB 475, which he says would weaken worker health and safety in the state.

SB 65, which he said would cut SNAP benefits to parents who are delinquent in child support.  Beshear said, “Let’s make sure that we are not punishing children for acts of their parents.  Even if the parents are doing the wrong thing, let’s not let anyone in the commonwealth go hungry.”

HB 312, which he said defeats the entire purpose of the Kentucky Open Records Act.  “The bill would shield the legislative branch from providing public records and would make it the sole judge of what records it should produce, with no ability for a citizen to appeal that decision to a judge.”

The governor said he would announce more bill signings and vetoes dealing with education on Wednesday.