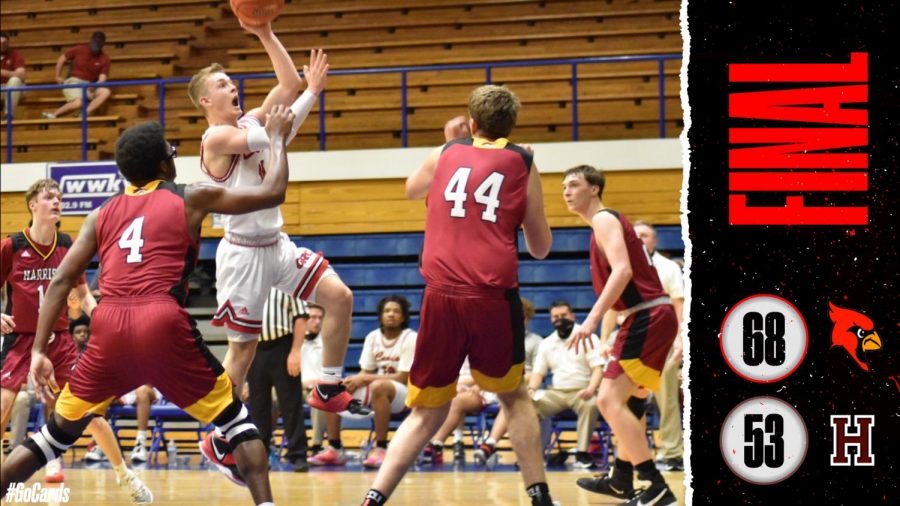 Jared Wellman poured in 17 points and pulled down 12 rebounds as George Rogers Clark beat Harrison County 68-53 Tuesday night in the first round of the 10th Region Tournament to advance to Friday’s semifinals.

GRC will meet a hot Mason County team on the Royals’ home court for a shot at Saturday’s championship.

Tipoff is at 8 p.m. Watch the Smoke Signals Twitter for ticket information.

Trent Edwards had 15 points for the Cards, Aden Slone added 12, and Jerone Morton, 9.

Meanwhile, GRC faces off against Nicholas County to kick off the girls’ 10th Region tournament Wednesday at 5:30 p.m. at GRC Arena.

A win would advance the girls to Monday night’s semifinals, with the championship game set for Tuesday.