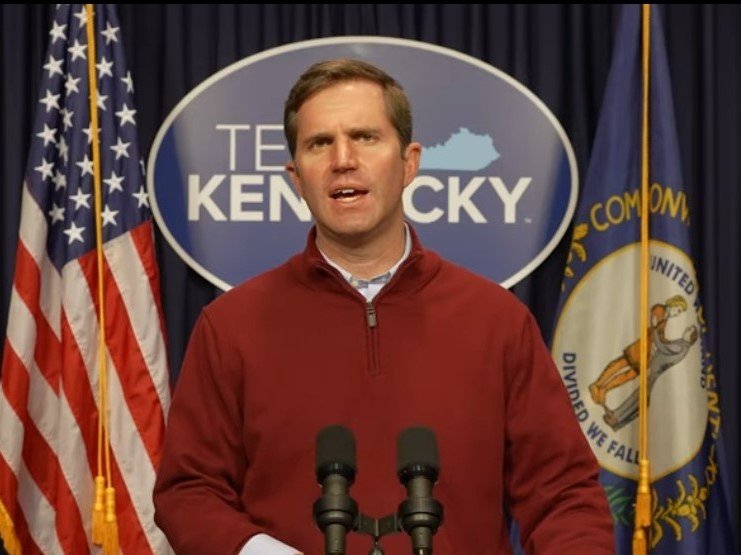 FRANKFORT, Ky. (KT) – Gov. Andy Beshear announced on Wednesday that he was vetoing two education-related bills, while signing five others.

One of the ones he vetoed was House Bill 563, which would divert money from public schools and give it to private entities.

“If it becomes law, this measure would greatly harm public education in Kentucky, by taking money away from public schools and sending it to unaccountable private organizations with little oversight.  To make matters worse, the bill would drain as much as $25 million from public education.  Folks, that is more than they requested in textbooks and technology for your kids for this year.”

He says it would also divert money from rural public schools, and the money would only go to private schools in counties with more than 90,000 residents.

The governor said the bill only helps the wealthy, “giving tax benefits even larger than charitable donation deductions, and people could even profit by transferring securities to the private education institutions, to avoid capital gains.”

Beshear said it would lead to the same funding disparities that prompted the Kentucky Supreme Court to declare the education system unconstitutional in 1989 and led to passage of the Kentucky Education Reform Act, or KERA.

“Governor Beshear is wrong to veto House Bill 563. By doing so, he chose to listen to special interests like the KEA over the voice of Kentucky parents who are begging for help. For too long, families in Kentucky who aren’t wealthy have been left with no choice when it comes to education. Voters across Kentucky agree that this should be the year that changes.”

He also announced he was vetoing HB 258, because it would cut retirement benefits for new teachers.

“This would harm the commonwealth’s ability to attract the best and the brightest to teach our future,” he stated.  “Worse, the measure comes at the same time the General Assembly has cut more than $70 million that my budget provided to help support health insurance benefits for educators’ families, and they also refused to include the raises I proposed for school employees.”

Beshear added, “Both of these measures run contrary to KERA.  They do not serve the interests of the people of Kentucky, and they will not receive my signature to become law.”

Senate Bill 128, called the “Do Over Bill,” which gives students a chance for a supplemental school year due to the COVID-19 pandemic, to help them get Back on track academically.

SB 101, which allows local school districts the opportunity to operate their own career and technical education centers with a reliable funding stream, and more responsive to needs of the local community.

SB 135 ensures state funding for higher education is distributed to campuses on a more sustainable basis, and supports colleges enrolling and graduating more Kentuckians with a certificate or a degree by 2030.

SB 127 encourages schools to have at least two rescue inhalers on site, to aid students who suffer from asthma, and mirrors legislation passed eight years ago for students with life-threatening allergies.

“I’ve taken some crucial action to support, but also to protect public education,” Beshear said. “We will continue to fight until our public schools are properly funded and supported, and our educators receive the raise and the benefits that they deserve.”