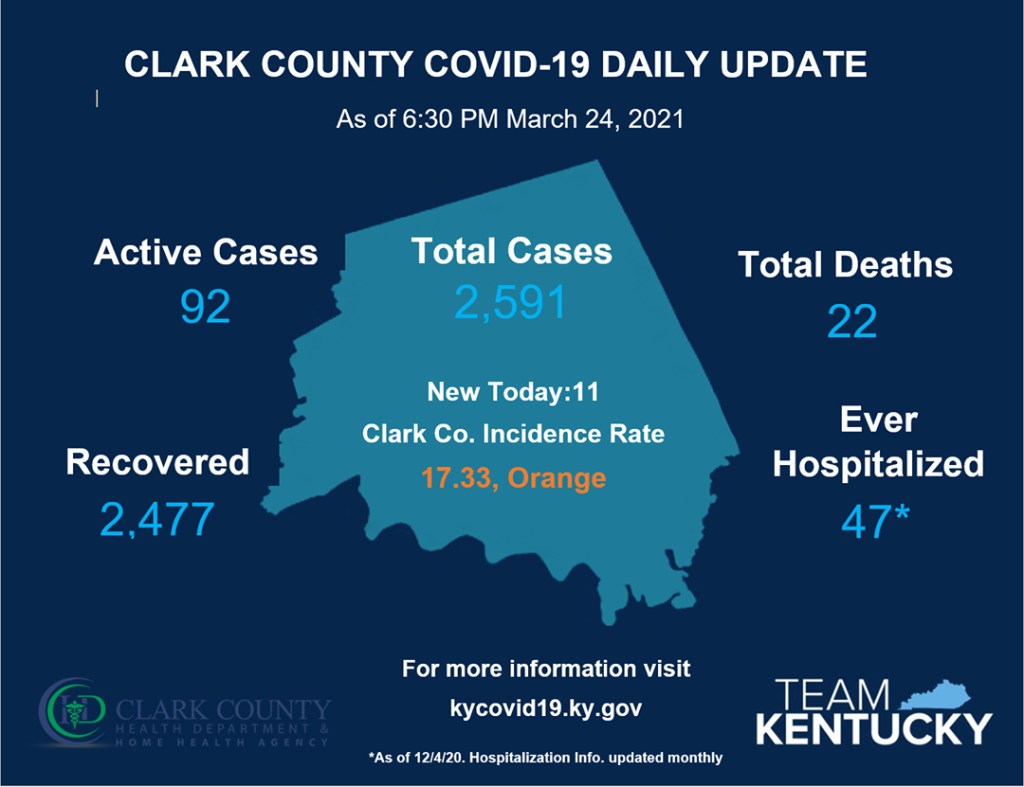 Clark County’s COVID-19 incidence rate has been declining but remains in the accelerated spread, or “orange” category.

The rate for Wednesday, March 24, the last date for which the Health Department had figures available when the Sun went to press Thursday, was 17.33 cases per 100,000 population.

There were 11 new cases of the virus Wednesday, bringing the total since March 2020 to 2,591 for the county, and 92 of the total were active cases. Twenty-two people in the county have died of the respiratory illness caused by the airborne virus and 2,477 have recovered.

During the weekend  and Monday of March 13-15, the incidence rate had climbed almost back into the “red zone,” or critical category at 24 per 100,000. There were 23 new cases of the respiratory virus over that three-day period.