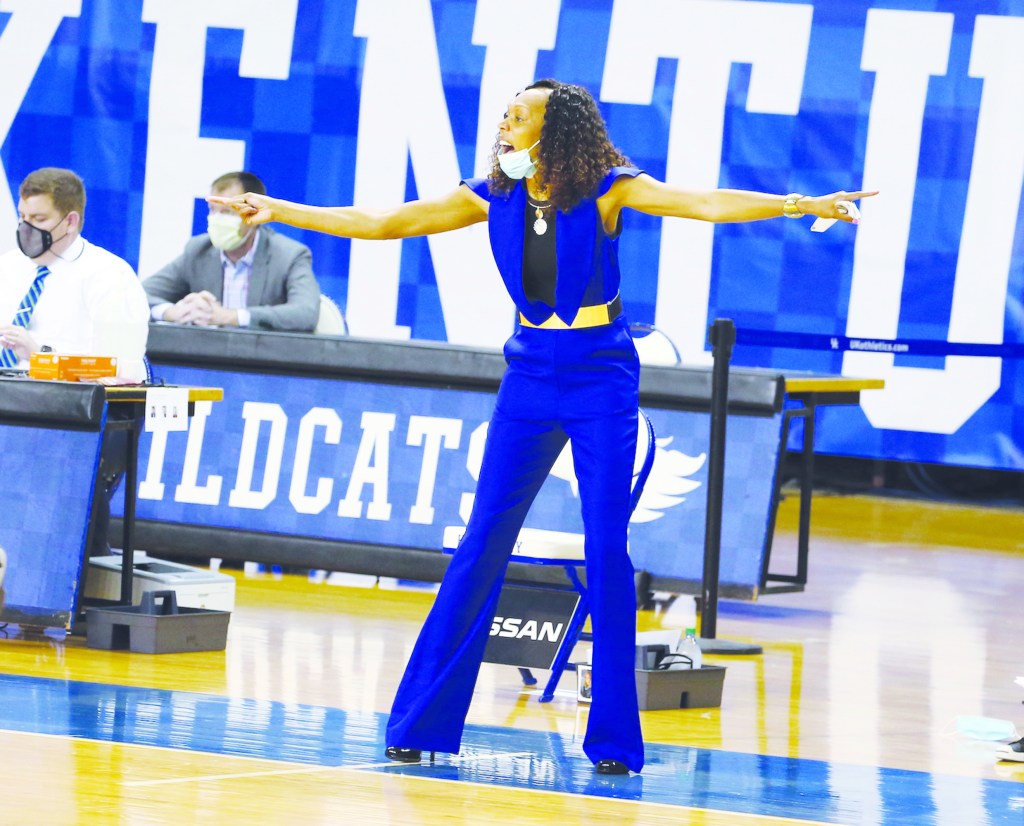 The Iowa freshman guard scored 35 points to lead the Hawkeyes to an 86-72 win over the Wildcats in the second round of the NCAA Tournament Tuesday in San Antonio.

“She hit some really tough shots,” Kentucky coach Kyra Elzy said. “She’s a phenomenal scorer. We could have been better defensively today.”

Kentucky’s season came to an end at 18-9. Iowa (20-9)  advances to the Sweet Sixteen and will play the winner of the UConn-Syracuse contest next weekend in San Antonio.

Clark, the nation’s leading scorer at 26.5 points per game, set the tone early for fifth-seeded Hawkeyes, scoring 24 points in the first two quarters.

“She was making tough shots,” Kentucky junior Rhyne Howard said. “We made her take tough shots. She was just hitting and she was hot. She was making everything. Not much we really could have done (differently).”

Clark was 8-of-11 from the field and connected on six 3-pointers in the first half as she eclipsed the 30-point plateau for the 12th time this season.

The Hawkeyes scored the first 11 points of the contest and led from start to finish. The Wildcats missed their first eight shots and didn’t score their first basket until Blair Green connected on a jumper at the 5:21 mark of the opening quarter.

“I thought early on we had some good looks, at the rim,” Elzy said. “They didn’t go in and I think we let our offense affect our defense. We let them go on an (11-0) run, dug ourselves in a hole, and really never recovered from there.”

Elzy added not getting stops in the first half played a role in her team’s downfall that prevented her squad from making a run at the Hawkeyes.

Rhyne Howard led the Wildcats with 28 points, followed by Dre’ Edwards with 16 and Jasmine Massengill with 10. Howard added five rebounds and eight assists but managed just seven points in the first half and tallied 21 in the final two quarters.

“Sometimes the shot does not go in,” Elzy said of Howard’s slow start. “That’s part of basketball, but I thought she continued to play hard … she stayed the course.”

Elzy closed out her first season as coach of the Wildcats with 18 victories after taking over for Matthew Mitchell, who retired prior to the season opener.

“Overall, today wasn’t our day,” she said. “It was a disappointing finish. We have to learn from this and grow.”