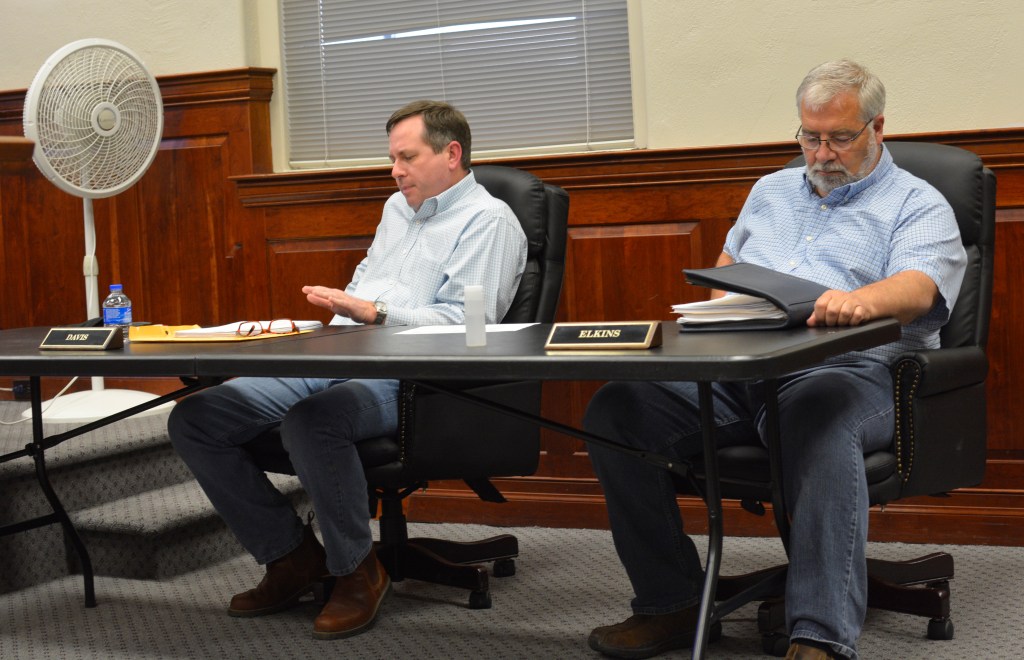 The dual role, he said, is something County Treasurer Alicia Mayabb recommended so that when she’s off work, there will be someone else who can do the job. He said that person could also be tasked with the responsibility of collecting payroll and net profits taxes for the county.

According to Pace, during the time Henry Branham was judge-executive, the Fiscal Court contracted with an out-of-state agency, Avenu, to collect payroll taxes on employees and net profits taxes on businesses, but that “seems to not be working.”

There’s not a lot of communication with those folks, and we’re not receiving a lot of money from them, so we’re thinking of taking a clean break from them at the end of the fiscal year and seeing if we can task this employee with the responsibility of collecting those taxes,” he told the court.

Later Pace said “receipts have been disappointing” and he feels that  responsibility could be better handled “in-house or at least locally.”

Pace explained that under Mayabb’s job duties, she can be assigned additional responsibilities. However, he said, this is likely one of the reasons that in the 2019 and 2020 audits had notes about segregation of duties. Mayabb suggested that bringing on another staff member could resolve that issue, he said.

Pace said the new position will probably be a new hire, not a current employee, and that the county would try to get a grant to pay for the salary.

Also during the meeting Thursday:

• The Fiscal Court approved an order to submit a Kentucky Pride Fund grant application for a dead animal composting project. Pace said this year the county budgeted $70,000 for dead animal removal, but the cost is going to exceed that amount. They also approved submitting an applications for a Kentucky Agricultural Development Fund project grant and a 2021 Waste Tire Market Development Rubberized Asphalt Grant.

• Lincoln Arnold was promoted from lieutenant to captain of the Clark County Fire Department.

• The magistrates approved an order to hire a part-time kennel assistant for the Clark County Animal Shelter.

• The court approved the second reading of an ordinance to change the zoning district classification from agricultural to single family residential for 26 acres on 2800 Colby Road.