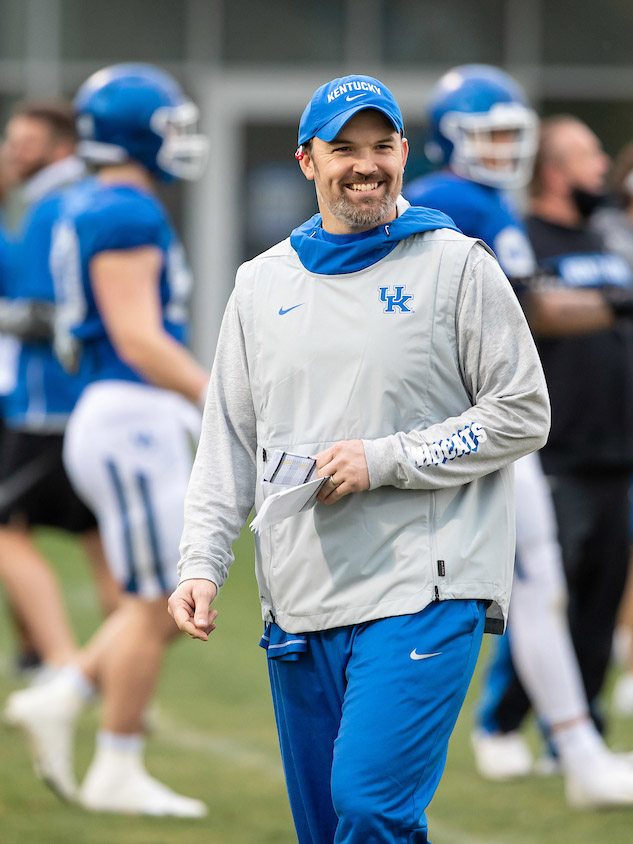 It has been about four months since Kentucky coach Mark Stoops fired offensive coordinator Eddie Gran and quarterbacks coach Darin Hinshaw, but on “The Paul Finebaum Show” on the SEC Network last week he explained again just how difficult a decision that was for him.

“You understand, you’ve seen it, you’ve been around and watched it. Sometimes things are very cut and dry. Whether it be a head coach or an assistant, you need to make a change and it is what it is, and it’s a relatively easy decision. That wasn’t the case with my guys,” Stoops said.

“They had been with me and they had been a part of a lot of good things, helped me build this program and do some really good things. Not only were they personal friends and people you get close to, but they also are very qualified, very good coaches. Sometimes, it just doesn’t work. Sometimes, you need to make a change.”

Defensive coordinator Brad White said staff chemistry is “huge” and maybe the most underrated part of a team’s success.

“You think of chemistry among players but staff chemistry is huge,” White said. “I have a really great relationship with (new offensive coordinator) Liam (Coen) and it continues to grow.”

White was in the NFL before he came to Kentucky. Coen came to UK from the Los Angeles Rams. White says the two can “bounce” things off each other daily that helps them both.

“I went through the NFL back to college transition a couple of years ago,” White said. “We talk about you have got to readjust your focus. Players are not quite as ready made (at UK) as they are at the next level.

“It was great for me to have (former UK defensive coordinator) Matt House on staff when I was readjusting. Having that sounding board really helped.

it was great for me to have Mat House on staff when I was readjusting.

“It has been great for me to see all the little tweaks they brought from the NFL. That will only make our staff better on defense to match up against those guys daily.”