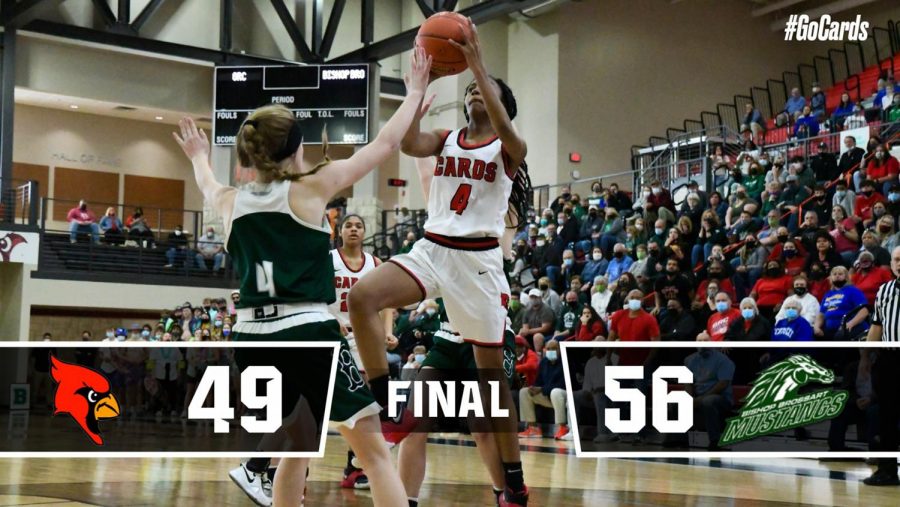 The GRC girls basketball team's season ended Monday when they lost 56-49 to Bishop Brossart in the 10th Region semifinals.

Brossart will meet Montgomery County in the championship Tuesday at 7 p.m. (tonight) at GRC Arena. The Lady Indians eliminated Scott High in the nightcap Monday, 54-53.

The Brossart Lady Stangs’ monstrous 14-2 second quarter put them up at halftime, 26-16.

The Lady Cards roared back in the third period to close the gap to 35-33 heading into the final 8 minutes, but GRC couldn’t hold on.

Even though this will be the first time since 2016 that the GRC girls haven’t won the 10th Region, there is no denying the dynasty Coach Robbie Graham and GRC Hoops have built. And they are far from finished.