Storm sewer collapse to be costly 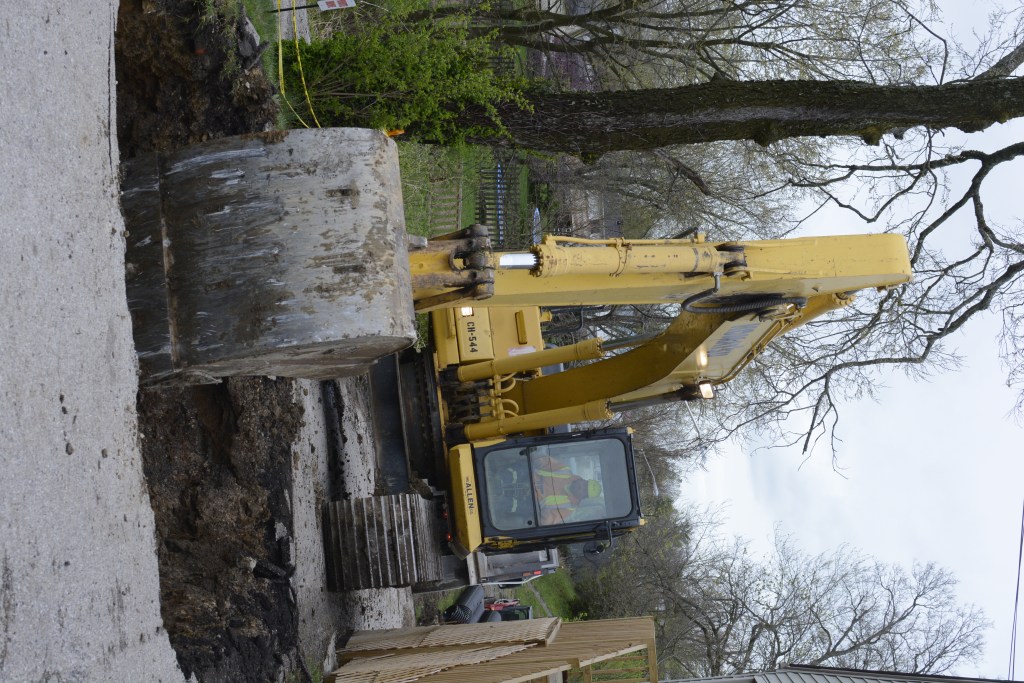 The Allen Company began work Tuesday on repairing a storm sewer collapse that occurred at Lexington Avenue and Blanton Alley near Wainscott Avenue last Thursday. City Manager Mike Flynn said the project will take about five days and cost $92,000. The city commission is expected to declare an emergency at its meeting Tuesday. (Photo by Randy Patrick)

The Board of Commissioners is expected to declare an emergency during its meeting next Tuesday to pay for the project.

The collapse occurred after heavy rainfall.

Flynn said there was some deterioration prior to the collapse Thursday. It didn’t happen only because of the rain.

The Allen Company of Winchester was working on the repair Wednesday morning on Blanton Alley, which runs between Wainscott and Taylor Avenues.

It doesn’t appear that the contractors will have to dig up any of Lexington Avenue to repair the lines, he said.

The city manager said the storm sewer in that location drains an area that runs from Hickman Avenue to College Park.

Nearby Fitch Avenue, he mentioned, is the dividing line between the part of Winchester that drains to the Kentucky River and the part that is part of the Licking River’s basin.