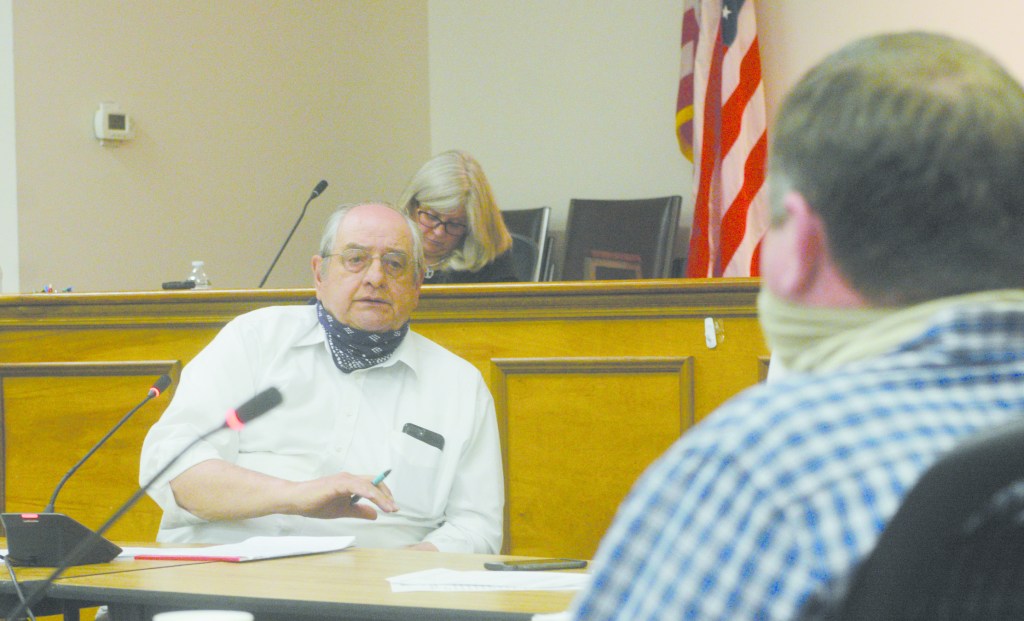 County and city officials met for nearly two hours Monday night to talk about funding for emergency medical services but came no closer to renegotiating their interlocal agreement.

The expenses for the ambulance service, which is operated by the Winchester Fire Department but paid for by both local governments, are more than $1.6 million year to date, but revenue is only a little more than $554,000 for the year.

Currently, the interlocal agreement between the Winchester Board of Commissioners and the Clark County Fiscal Court is for the city to pay 55 percent of the ambulance service costs and for the county to pay 45 percent, but the county’s share is capped at $450,000.

County Magistrates Greg Elkins and Chris Davis and County Judge-Executive Chris Pace all pushed back against that idea.

Elkins said the cap was the only change to agreement the county has been able to effect, and although he would be open to raising the cap, he wouldn’t want to eliminate it.

Davis was adamant about keeping the cap, saying it was the county’s only protection against blowing up its own budget if the city were to decide to hire more employees or in some other way increase expenses beyond the county’s ability to pay. He called the county the “junior partner” in the relationship, and said that although the city pays for at least 55 percent of the expenses, it has “100 percent control.”

“I can tell you that as much as I would like to be able to continue the interlocal agreement, I’m going to have a hard time doing that if we don’t have some kind of hard cap each year,” Davis said.

Elkins seemed to think the 55/45 formula was outdated because of the growth of the city and its revenue base and the higher ambulance run volume inside the city limits.

Pace said it was simply a matter of the county’s ability to pay. He said the county can’t come close to matching the city in revenue, and one thing that has hurt the county’s revenue base is the city’s annexation of formerly unincorporated parts of the county, such as the lad where the new hospital and the new high school are, which means the city gets the payroll tax and net profits tax money.

Burtner responded that the city annexed those areas to keep from losing revenue because both the school and the hospital had been in the city and moved outside the city limits. Another reason the city’s revenue had grown, the mayor said, is that the commission had made hard decisions to raise taxes to meet its obligations and provide services.

The city’s members of the committee, Jo Ellen Reed and Ramsey Flynn, said little during the discussion but supported the mayor’s position.

The members decided to meet and discuss the issue again on Monday, April 12, at 5:30 p.m. at the Clark County Courthouse.