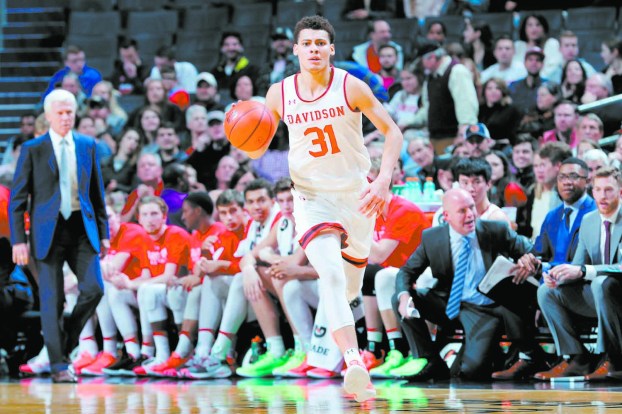 Kellen Grady is prepared for the next step in his collegiate career.

Following a four-year stay at Davidson, Grady plans to pick up where he left off as a graduate transfer at the University of Kentucky next season. Grady scored 2,002 points in four seasons at Davidson which, he says, will be beneficial when he changes programs.

“It was a memorable four years for me filled with some adversity and a lot of joyful moments,” he said. “ I’ve been coached by one of the best coaches in college basketball, a Hall of Fame nominee (Bob McKillop) who has got over 600 career wins and made it all the way to the Elite Eight a couple, what was it, 13 years ago, now? He pushed me every day. I know what it’s like to be pushed and playing in a competitive environment. I think that will ultimately prepare me for my next step in my college career at Kentucky.”

Grady said “multiple” factors drew him to Kentucky, but added the program’s “competitive environment” and John Calipari’s reputation for sending players to the next level was enough to persuade him to make the move to Lexington.

“Coach Calipari’s track record of really developing players and giving them a really, really good shot at them becoming NBA players (was convincing),” he said “Putting his players in positions to be put in next-level type scenarios on the court (also helps).”

Grady doesn’t anticipate having a problem adjusting to Kentucky’s offensive schemes, which he described as a “very contemporary, pro-style offense.”

“From what I’ve heard and from what I’ve gathered from other people who have gone through the Kentucky experience, coach Cal really fights for you and advocates for you for those at the next level,” he said. “It’s an opportunity to be on a really good team, competitive nationally, and play at the biggest stage, which is something that I need at this time.”

While at Davidson, Grady played against UK in the NCAA Tournament there years ago and scored 16 points in a 78-73 loss.

“I did not envision that I would be able to play for Kentucky four years later, but that was an awesome experience,” he said. “It was a humbling experience as a freshman. … We were excited about the challenge. Obviously, we thought we had a chance of winning it. We thought we had a pretty good scouting report prepared for everything that they were doing at that time.

“It was a great experience, and now I’m looking forward to being able to play for Kentucky and not lose to Kentucky.”

Following graduation in May, Grady plans to make an immediate move to Kentucky and get a jump on his new surroundings, which he said will be vital to his success next season.

“Being able to get acclimated to the campus, to a new level of workouts, a different type of competitive environment, the more preparation and the more time we have to get used to each other and to improve (will be important). I think it will only behoove us to become better for the season once the season comes around,” he said. “I’m excited that, hopefully, we’ll be able to get together in the summer and work together. I think it will be very important.”

Grady has yet to meet his new teammates but is anxious to get started on the next phase of his game.

“Kentucky was my, I think, No. 1 choice invariably throughout the process, but when he (Calipari) and I watched film over Zoom and he showed me a lot of actions where he envisioned me excelling in and past actions, it’s just his emphasis on making plays and playing with freedom and his belief in me that I can be an NBA player that he can truly help me get there was very convincing for me and that meant a lot.”

It was a long time coming, but the George Rogers Clark Cardinals finally got to play in the state tournament... read more