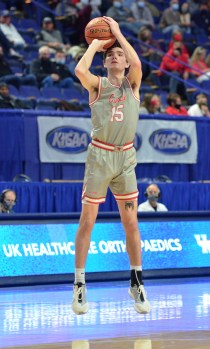 Jared Wellman puts up a shot from three-point range. - Photo by Jeff Moreland 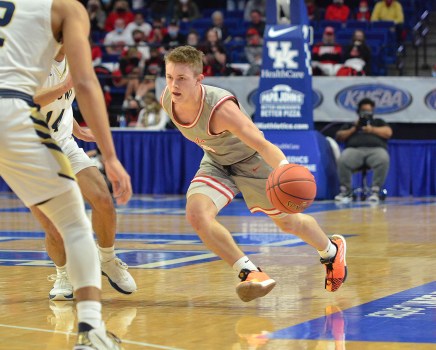 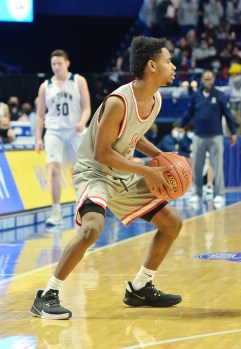 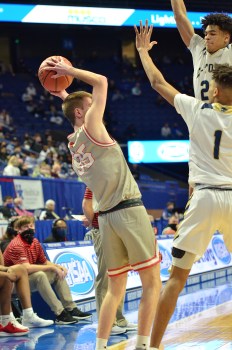 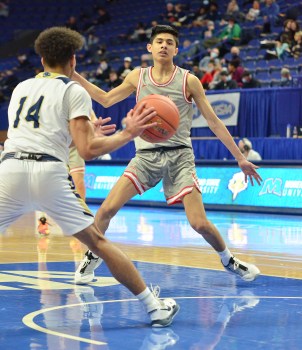 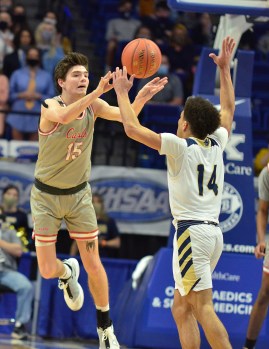 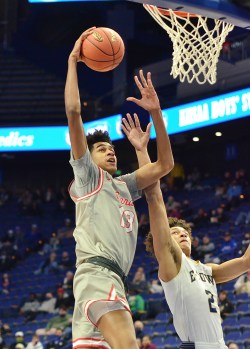 Trent Edwards goes in for a dunk on a GRC fast break. - Photo by Jeff Moreland 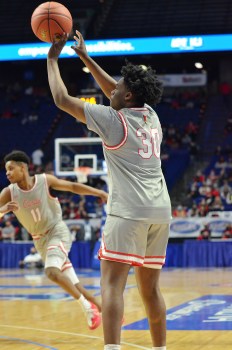 Reshaun Hampton connects on a three-pointer from the corner. - Photo by Jeff Moreland 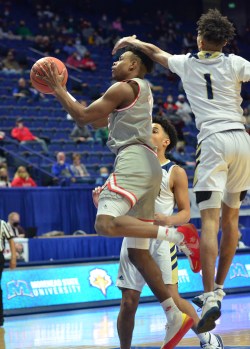 Jerone Morton avoids a defender as he drives to the basket for two of his 12 first-half points. - Photo by Jeff Moreland 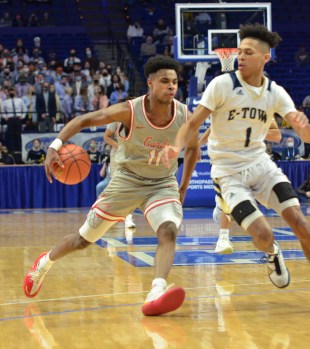 Jerone Morton handles the ball for the Cards. - Photo by Jeff Moreland 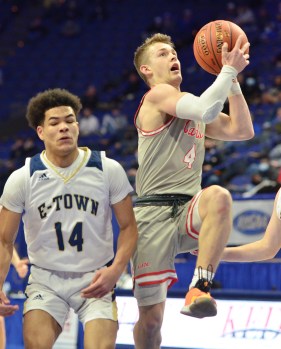 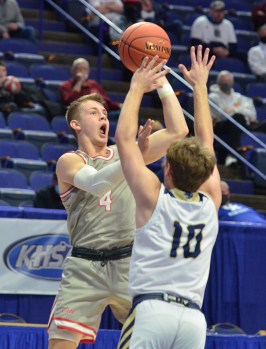 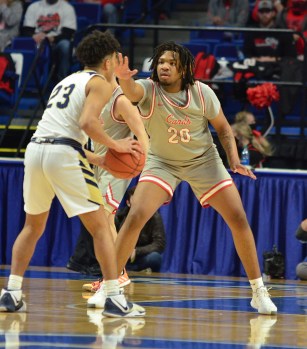 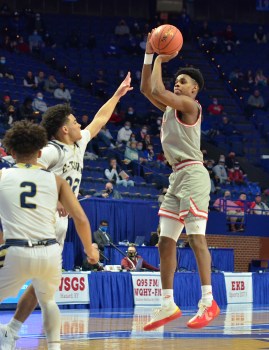 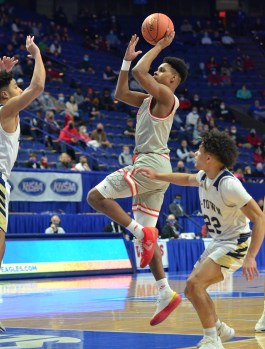 Jerone Morton puts up a shot for the Cards. - Photo by Jeff Moreland

GRC coach Josh Cook knew his team would face a tough opponent when it took the floor against Elizabethtown Friday morning, and he was right.

The Cards (20-5) went up against a Panthers (21-2) team that played pressure defense and worked to force turnovers from its opponent, and they did just that against GRC, ending the Cardinals’ season with a 65-44 defeat.

E-Town jumped out to a quick 8-0 lead, but the Cards were ready to fight back. Jerone Morton scored 10 first-quarter points, and GRC trailed 20-14 after the first period.

The Panthers continued to keep the pedal down offensively, scoring 15 in the second period to extend their advantage to 11 points, with the score at 35-24.

E-Town found a solution to shutting down Morton, as he would score just two points in each of the final three quarters. GRC got a boost from junior Trent Edwards, who scored 10 of the Cards’ 14 points in the period, and added a pair of blocks to help on the defensive end in the third, keeping the Cardinal deficit at 11.

Down the stretch, E-Town simply had too much firepower for GRC. The Panthers put 16 points on the board while holding the Cards to just six, and sealing their fate in the 21-point loss.

After the game, Cook gave all credit to Elizabethtown and its tough play on both ends of the court, and he said his team played well against the Panthers’ pressure uptempo style of play on offense and defense.

“We didn’t shoot it particularly well early and we kind of got ourselves in a whole. They’re so fast in transition that if you don’t make shots early they get a chance to get out and fast break, and they got some points,” Cook said. “They’ve got five ball handlers on the floor, so when they get you down, they’re pretty hard to make them make turnovers. They’re a heck of a basketball team. I thought our guys gave a great effort. I feel like our heart was there and we were trying. If shots fall early it gives us a better chance to control the tempo.”

Two of GRC’s key players are juniors Morton and Aden Slone. Both had good things to say about the future for the program despite the loss.

“We made it to Rupp, and with how hard we worked we’ll be back next year,” Morton said.

Slone added, “We had a rough year and overcame a lot of adversity and still managed to go back-to-back (region champs). It hurts for the seniors, but we’ve already went back to back, so we’re going to make it a trifecta next year.”