A few health bills pass as the legislative session wraps up 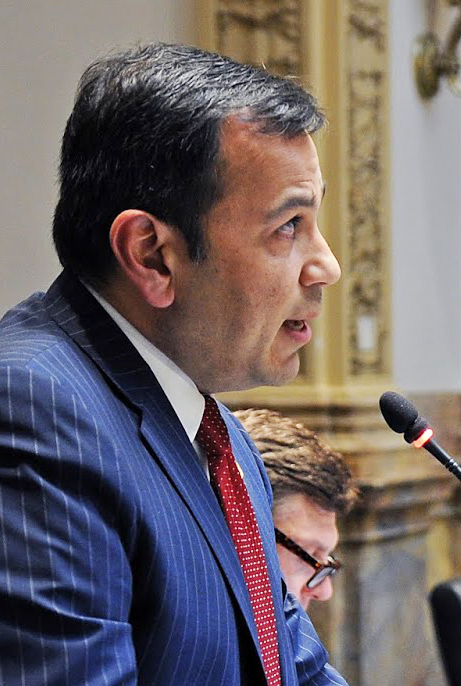 Lawmakers passed four health-related bills on the last day of their 30-day legislative session, including one to help struggling rural hospitals, two related to addiction care, and one that would change the state’s constitution to ban abortions if voters agree and the U.S. Supreme Court reverses its ruling that guarantees abortion rights. And the day before, they passed two health-related bills, overriding vetoes.

House Bill 556, sponsored by Rep. Danny Bentley, R-Russell, puts $20 million into a revolving loan fund to help struggling rural hospitals, a fund created but not funded in the pandemic-shortened 2020 session. A recent report shows that 16 of the state’s 69 rural hospitals are at risk of closing.

The bill allows the Cabinet for Economic Development to provide loans to struggling hospitals for three purposes: to maintain or upgrade their facilities; to maintain or increase staff; or to provide health-care services not currently available. The loans could run 20 years and would be available to hospitals in counties with fewer than 50,000 people.

The funding was approved in a catch-all bill the final hours of the session. Money can also be added to this fund through gifts or philanthropy.

The bill also allocates millions from federal relief and the General Fund to be used toward state Capitol renovations, school construction, vocational-school renovations, money for a tax-increment-financing district in western Louisville, jail projects and sesquicentennial commissions. It passed the Senate 30-4 and the House 79-12. It has been delivered to Gov. Andy Beshear for his signature or veto.

Two of the health bills passed on the last day of the session involve addiction treatment for people with substance-use disorder.

Senate Bill 51, sponsored by Sen. Ralph Alvarado, R-Winchester, would ban the requirement of prior authorization for any prescription drug that is used in the treatment of alcoholism or opioid-use disorder and that contains methadone, buprenorphine or Naltrexone. The bill also requires health-care providers to file a report with the Department of Insurance about their prescribing practices, including any concurrent behavioral therapy or counseling prescribed to patients.

A last-minute House floor amendment was added at the behest of the health cabinet and its Department for Medicaid and Medicare Services to ensure the state’s compliance with federal regulations and restrict the medications to those approved by the U.S. Food and Drug Administration at the time the bill is enacted.

SB 51 passed the House 87-2 with the floor amendment and the Senate accepted the changes without dissent. It has been delivered to the governor for his signature or veto.

Senate Joint Resolution 59, sponsored by Alvarado, directs the Cabinet for Health and Family Services to create written recommendations for distribution throughout the state for individuals who suffer from substance-use disorder to help them get treatment.

It was amended to require CHFS to create an advisory committee to establish a pilot program to investigate funding mechanisms for a diversion program for treatment and recovery housing services for individuals with substance-use disorder who have been arrested for substance-use offenses.

The advisory committee’s recommendations are due Dec. 1, 2021. The pilot program is to be implemented and operational by July 1, 2022.  SJR 59 passed both chambers without dissent and has been delivered to the governor for his signature or veto.

Abortion and a constitutional amendment

HB 91, sponsored by Rep. Joseph Fischer, R-Fort Thomas, would add to the state constitution a statement that it does not secure or protect a right to abortion or funding of abortion, if voters approve it in November 2022.

The bill is intended to pre-empt any court ruling for state abortion rights if the Supreme Court reverses its 1973 Roe v. Wade decision.

It would add this phrase to the Kentucky Constitution: “To protect human life, nothing in this Constitution shall be construed to secure or protect a right to abortion or require the funding of abortion.”

The bill passed the House 76-20 and the Senate 32-6, largely along party lines. It goes directly to the ballot; governors do not act on constitutional amendments, which must be voted on at general elections when legislators are elected. There are no elections this year.

Senate Minority Leader Morgan McGarvey, D-Louisville, voiced concern on the Senate floor that the amendment has no exemptions such as rape, incest, or if the mother’s life is in danger. “That takes a pretty extreme stance on what oftentimes we use as a political issue,” he said.

In a news release, Alexis McGill Johnson, president of the Planned Parenthood Action Fund, called the passage of the amendment “a blatant effort to take away Kentuckians’ fundamental rights and prevent individuals from making the health care decisions best for them and their families.”

The Republican super-majorities in the General Assembly overrode Beshear’s vetoes of two health-related bills. House Joint Resolution 77, sponsored by House Speaker David Osborne of Prospect, listed which Covid-19 emergency orders that would stay in place if the legislature wins its legal battle over the governor’s emergency powers.

In the veto statement, Beshear said HJR77 is unconstitutional and may violate a court injunction. He also noted that the list of approved orders in the bill does not include his masking or social-distancing orders, and said it sets arbitrary deadlines for the expiration of other public-health measures, which he says could lead to increased spread of the disease and delay the end of the state of emergency.

The bill repeals two other regulations found to be deficient after review by a legislative subcommittee. West said it is meant to ensure that the legislature, not the governor, has ultimate control over policymaking