Oh no, there goes Tokyo & Easter! 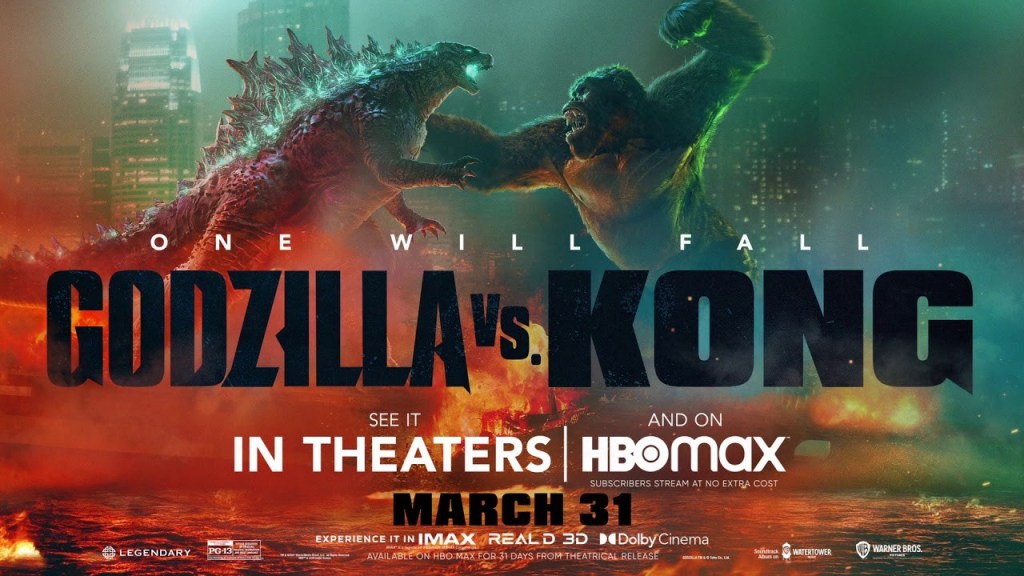 Easter is upon us, fellow cinephiles, and this special day symbolizes different aspects of our mortality to different people.

The religious recognize it as the day when the Resurrection of Christ occurred after he was crucified to save our souls from sin on Good Friday.

Kids see it as a day that a bunny breaks into your house to leave a basket of treats to be discovered upon their waking for a day of egg hunting, egg dying and chocolate egg cream devouring.

With spring in season, this special day also symbolizes the fertility of nature and the rebirth of sorts, which leads us to hop into the recently released action monster movie, “Godzilla vs. Kong” (2021).

Kong, while being monitored within a dome on Skull Island by Dr. Andrews (Rebecca “The Town” Hall) forms a bond with the doc’s adopted deaf daughter Jia (Kaylee Hottle) through sign language. Kong and his companions undertake a quest to find the “at times” gentle giant his true home. As Kong is bonding with helpful humans, they soon find themselves in the path of worldwide destruction which Godzilla is now on for some reason several years after his win over King Ghidorah.

“Godzilla vs. Kong” was directed by Adam “You’re Next” Wingard with a screenplay by Eric “Black Widow” Pearson and Max “Godzilla: King of the Monsters” Borenstein loosely based on “King Kong vs Godzilla” (1962) and is the fourth installment in Legendary Pictures Productions’ MonsterVerse of the deadly duo on the silver screen. This recent release is a sequel to both “Kong: Skull Island” (2017) and “Godzilla: King of the Monsters” (2019) and overall the 36th film in the Godzilla and 12th for King Kong franchises. Since its release, it is a blockbuster behemoth to contend with as it is defeating all opponents at the box office and streaming services.

This fun flick is over the top with solid visual effects and packs a punch with its action sequences of these classic monsters battling it out like a supersized Rumble in the Jungle or Thrilla in Manila for the heavyweight championship belt.

This is a straight up popcorn movie that needs to be experienced at a cinema or the drive-in to appreciate the action, eye candy effects, tropic locales of Hawaii and Australia and bedlam of monster mayhem. The humans in the feature, though skilled actors and professionals at their craft, fall a little flat in their character development, but it doesn’t take away enjoying the piece as a whole. Alexander “Generation Kill” Skarsgård, Millie “Stranger Things” Bobby Brown, and Kyle “Super 8” Chandler are enjoyable to watch, and you can tell that they had a lot of fun filming this fun flick.

If you grew up liking these films from the 1930s on, it is safe to say that at times they were filled with extra cheese, campy acting, and it didn’t bother you as you were content due to the childlike excitement of the rampaging creatures on the screen.

“Godzilla vs. Kong” is not Shakespeare, it’s not highbrow cinema meant to spark a deep philosophical debate upon its conclusion, and that’s OK. Sometimes an egg is better when everyone is in on the yoke and we let the sunny side up in our lives.

Have a happy Easter and a film-tastic day!