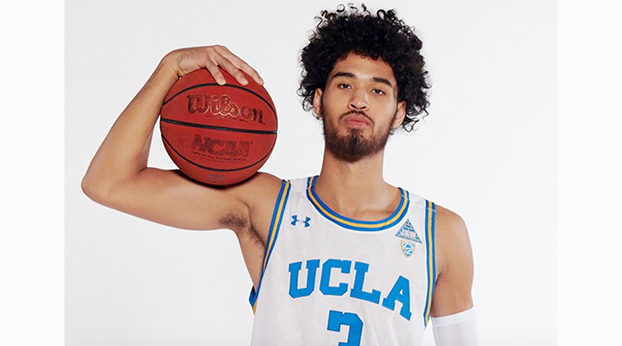 Johnny Juzang gave it his all and left everything on the court following UCLA’s 93-90 loss to Gonzaga in the NCAA Tournament national semifinals.

Moments after Juzang’s putback on his own missed shot, Jalen Suggs connected on a shot for the ages at the buzzer just past halfcourt that lifted the Zags to a 93-90 triumph over the Bruins on Saturday night, in what arguably should be considered the best NCAA Tournament game in nearly three decades.

The former Kentucky sharpshooter was one of the main reasons UCLA, which was one of the last four teams admitted into the tournament, won five games in the prestigious event. Juzang scored a team-high 137 points in six games, including 29 in the thrilling loss to Gonzaga.

“It was a phenomenal run. I think the best thing and what everybody just feels so good about is, I mean, we couldn’t be any prouder,” he said. “Like, there was no — there was nothing that was going to stop us from fighting. I mean, literally to the last play and every single game to the last play, we were going to go out swinging.”

That’s exactly what the Bruins did against Gonzaga, which played Baylor in the national championship game Monday night at Lucas Oil Stadium in Indianapolis.

“We battled and left everything we had out there,” Juzang said. “I mean, that just feels like such an accomplishment being able to say you have no regrets. It’s not very common. You don’t get a whole group where you can look at everybody and want to go to war with them.”

Despite the feeling of gratitude, the last game of the season wasn’t an easy pill for Juzang or the rest of his teammates to swallow, especially after coming up short in a game that ended with such a dramatic finish.

“It’s tough. I’m not going to lie,” he said. “We feel like we could have done it all. But still, at the same time, I know I could say I did realize what an amazing group this was. And honestly, I mean, the Final Four and the actual — like how deep into the tournament — definitely like I recognize that as an accomplishment.

“But really what I realize walking off the court was just how incredible this group was and just the brotherhood and camaraderie and cohesion and just everything about this group, man, the heart. That’s really it. The heart of this group, man. I was just so proud to have made this run with these guys.”

Coming off wins over Alabama and top-seeded Michigan in the East Regional finals, UCLA kept riding the wave of momentum. The Bruins gave the undefeated Zags all they could handle until the final buzzer.

“There’s no other way we’d rather go out,” Juzang said. “We went out fighting. Just we went out. There’s no better way. There are no regrets. Just everybody fought to the last play and the last shot is the last shot.”

Although underdogs, Juzang said the Bruins expected to be in the national championship game.

“We expect to win (and) kudos to them,” he said. “They’re a very good team. But we’re UCLA and the guys on this team, you know, there’s no one I’d rather go to battle with. We expect to win. We don’t look at the records or the rankings or the seedings.

“We are who we are, and every game we went out and left it out there and let the best man win, because it’s us against them. And once you’re on that court, none of that stuff matters.”

It showed during UCLA’s unexpected journey in the tourney.