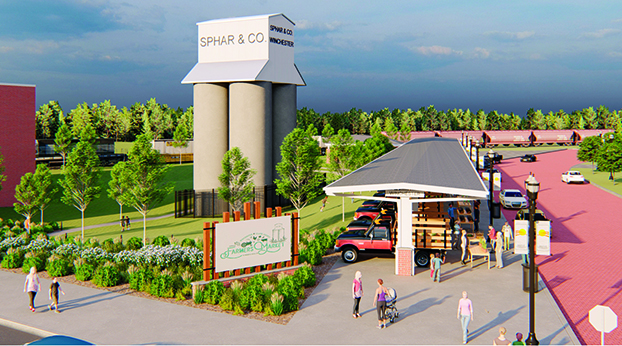 This is an artist's concept of what the Winchester Farmers Market on Depot Street will look like once the covered pavilion is finished. (Compliments of Palmer Engineering) 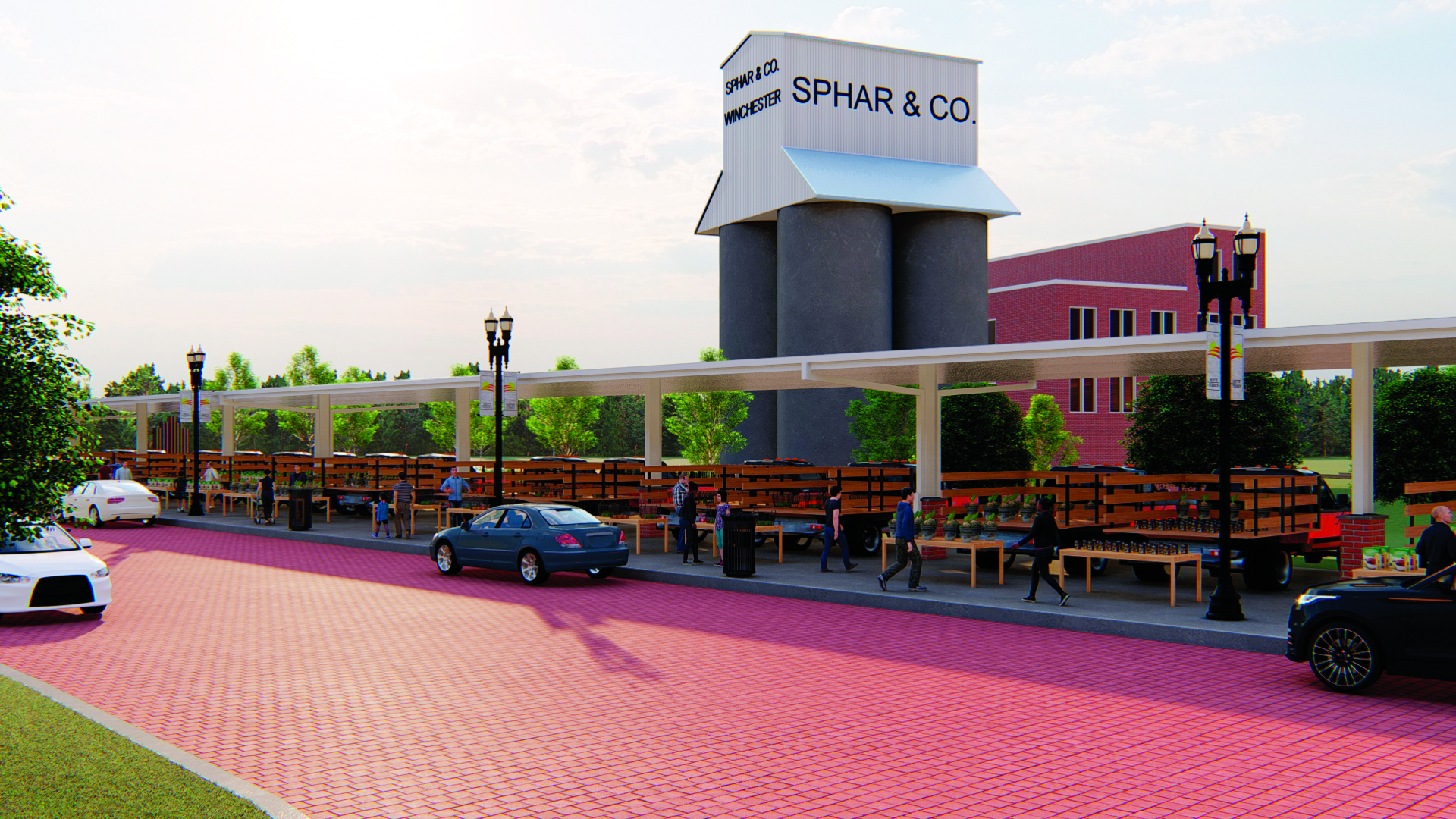 This is an artist’s concept of what the Winchester Farmers Market on Depot Street will look like once the covered pavilion is finished. (Compliments of Palmer Engineering)

A different company will provide the canopy for the Winchester Farmers Market pavilion project.

Last month, Brian Ward of Palmer Engineering recommended the contract go to Recreational Concepts for the 24 by 272-foot canopy to create a covered pavilion for the vendors on Depot Street at a cost of $214,140.

But that recommendation was based on the belief that the company could deliver in 12 weeks. As it turned out, Ward told the city commission Tuesday night, the company “misstated” their delivery time, and it was going to take 22 weeks to get the canopy delivered, so he was recommending that the city go with the lowest bidder, RCP Shelters, who could deliver in 18 weeks.

Recreational Concepts had been the second-lowest bidder but had been recommended based on their delivery time and the fact that the engineering firm was familiar with their work because they had built the structure for the Mount Sterling Farmers Market.

Although the commissioners had not yet formally approved the bid at its meeting last month, it had given the order to purchase the canopy, so at Tuesday’s meeting, they had to vote to rescind that vote and vote to select RCP Shelters instead, at a cost of $205,330.

The total cost for the pavilion is estimated at $665,000, which includes engineering, the market structure (concrete work, etc.), Pavilion structure, earthwork, pavement outside the canopies, stormwater work, electric modifications, sediment and erosion control, and landscaping.

Ward has said completion of the project should take about three months.

City officials got a look at some drawings of an artist’s concept of what the pavilion project would look like.